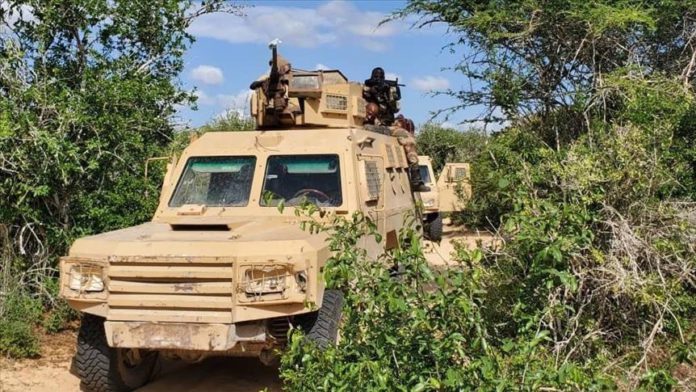 The Somali military on Sunday claimed to have killed 15 al-Qaeda-affiliated al-Shabaab terrorists in the country’s central Galgaduud region.

An operation was conducted by Gorgor, the Somali special forces trained by Turkey, in the El Dhere village, 15 kilometers (9 miles) south of Dhusamareb, the capital of the Galmuduug state.

In a brief statement on Twitter, the Somali army said dozens of al-Shabaab terrorists were also wounded in the operation.

A huge cache of arms were also seized in the operation, a military official told Anadolu Agency over the phone.

Witnesses in the town told Anadolu Agency that they saw at least seven wounded soldiers who were rushed to the hospital for treatment.

Al-Shabaab, for its part, claimed that it has killed seven military troops in the clash.