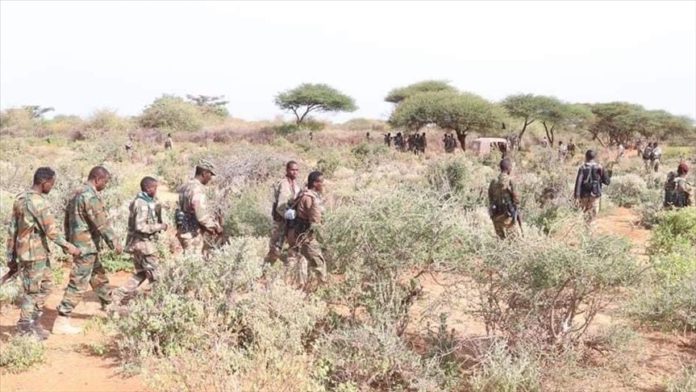 The Somali army said Tuesday that it killed nearly 20 al-Shabaab terrorists in the southern province of Middle Shabelle.

Military spokesman Col. Ali Hashi Abdi Somali told a news conference that there is fierce fighting between the military and the al-Qaeda-affiliated terror group in the region.

“Fighting between Somali national army alongside Hirshabelle state police and anti-peace [ al-Shabaab terrorists] is going on for the last 24 hours in the villages of Warahley, Ali Fooldheere and Qurah-madobe, killing at least 17 terrorists,” he said.

He added that the army told residents to leave the area before the army started shelling it with mortars.

Abdi said the operation will continue until al-Shabaab is “eradicated” in the Middle Shabelle region.

The operations in the south and central regions have killed more than 300 al-Shabaab terrorists, according to media reports.

They have been going on in the horn of Africa country since Somali leaders reached an election agreement.

Army officials said the operations are to beef up security before it goes to elections in coming months.

Sikhism founder Guru Nanak was a wanderer and mystic