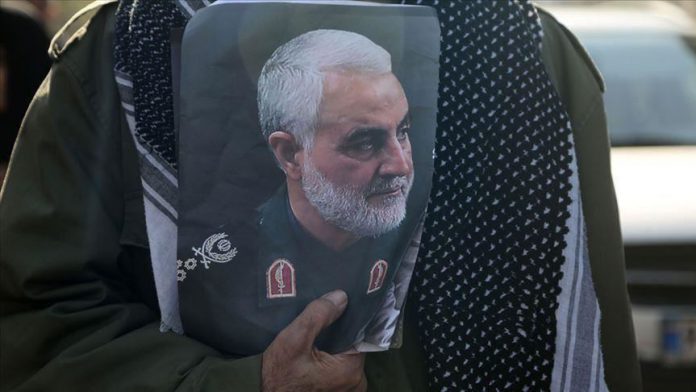 Late Iranian military commander Qassem Soleimani played a key role in convincing the leader of Syria’s regime to stay in power, an official from Iran’s elite military force said over the weekend.

“Qassem Soleimani dealt with the Syria issue all alone… Bashar al-Assad was on the verge of resigning and fleeing his country,” Hassan Plarek told Iran’s state-run Fars News Agency.

Plarek quoted Soleimani’s words that “the only way to victory is resistance. With Allah’s grace, we will succeed.”

Gul Ali Babayi, another Revolutionary Guards commander, has quoted former commander Hossein Khamedani in his book, Message of the Fish.

Turkey schedules new evacuation flights for Turks in US