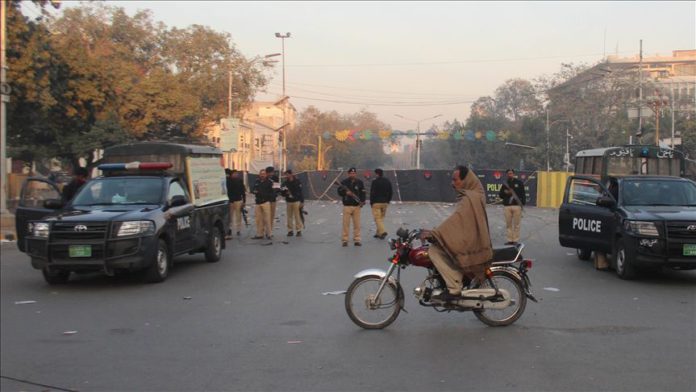 At least four people, including two security personnel, were killed and eight others wounded in two separate bomb blasts in southern Pakistan on Friday.

Police officials said an improvised explosive device went off near a vehicle of the paramilitary Rangers force in Ghotki, a district in the southern Sindh province.

Two paramilitary soldiers and a civilian were killed in the blast, while two more civilians were injured.

Security forces have started a search operation in the area to apprehend the culprits, police said.

The second blast took place in the port city of Karachi, the country’s largest metropolis also located in Sindh.

Police said it was a hand grenade attack near a government social welfare office in the city’s Liaquatabad locality.

At least one person died and six others were injured in the blast, according to rescue officials.

Imran Ismail, governor of the province, condemned the attacks and vowed swift retribution for the perpetrators.

“Rangers have been a symbol of peace in our province, it is very sad & heartbreaking to see our heroes being cowardly attacked costing loss of lives. No culprit will be spared inshallah [God willing],” he tweeted.

No group has claimed responsibility for the attacks yet.