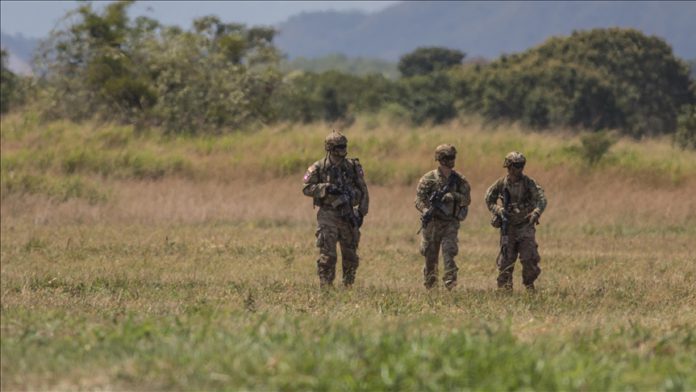 One soldier was killed and more than 20 wounded early Thursday in three simultaneous attacks on military bases in Colombia.

President Ivan Duque said the attacks were carried out by the National Liberation Army (ELN) guerrilla group and former Revolutionary Armed Forces of Colombia (FARC) rebel group members who refused to join a 2016 peace deal signed between the government and FARC.

“We condemn the simultaneous terrorist attacks on our Armed Forces by dissidents of the FARC and the ELN. Let it be clear that Colombia does not bow down to criminals and we will continue to confront them with all forcefulness,” Duque wrote on Twitter.

Duque also expressed his condolences for the soldier killed in the attack.

“As a result of these cowardly attacks, soldier Faider Martinez Gomez lost his life and more than 18 soldiers were wounded. To the families of these heroes of the homeland we express our solidarity and full support,” he said.

In the Department of Norte de Santander, seven grenades were allegedly thrown from a dump truck at the Francisco de Paula Santander Infantry Battalion in Ocana, leaving two soldiers wounded who were taken to the hospital. The explosives also struck military residences and the garrison heliport, according to a statement by the army. Another military base was attacked with grenades in Aguachica, Cesar,

“At the moment, two soldiers have serious injuries and they had to be sent to the Aguachica Hospital, and 18 more with minor injuries are being treated within the same military unit by health personnel,” said the statement.

The third attack occurred at the Chiriguana base in the Department of Cesar where Martinez was killed and another soldier wounded.

Colombia has seen a surge in violence between dissident guerrillas and the ELN rebel group that are fighting to gain control of coca crops and trafficking routes in the country.