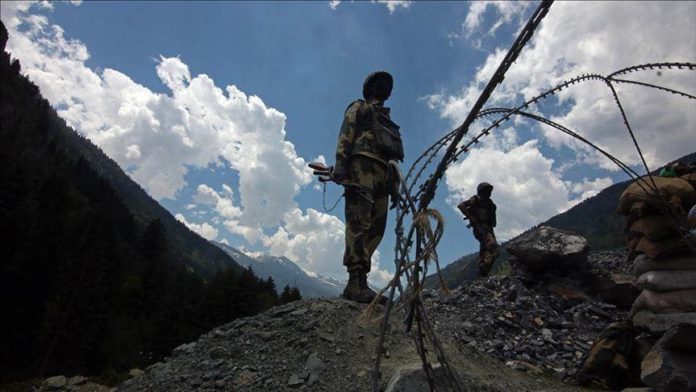 An Indian army soldier was killed in cross-border firing by the Pakistani side, Indian officials said Friday.

An Indian army spokesman said the Pakistan Army resorted to “unprovoked” cease-fire violations along the Line of Control (LoC) — the de facto border that divides Jammu and Kashmir between Indian and Pakistan.

“Own troops responded strongly to the enemy fire. In the incident, Naib Subedar Ravinder was critically injured and later succumbed to his injuries,” he said.

Of late, there has been an increase in the shelling along the border areas in Jammu and Kashmir as both armies have been regularly trading fire with each other.

On Wednesday, Pakistan military had said one Pakistan army soldier was killed and a civilian was injured after the Indian Army resorted to “unprovoked firing” along the LoC.

Tensions between the South Asian neighbors grew after New Delhi’s unilateral decision in August 2019 to revoke the decades-long special status of the Muslim-majority disputed Jammu and Kashmir.