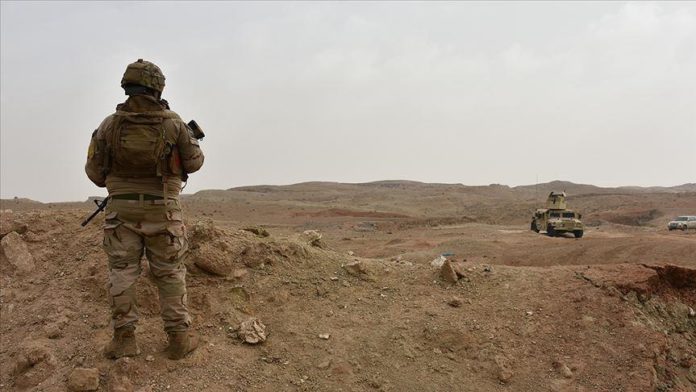 At least one soldier was killed and two others wounded in a bomb explosion in northern Iraq’s Kirkuk province. The bomb was placed at the entrance of a shelter used by the Daesh/ISIS terrorists, according to a local police source.

Speaking to Anadolu Agency, Kirkuk Police Chief Ali Kemal said that the Iraqi army was conducting an operation near the town of Dibis in the northwest of the province.

Soon after the incident, which involved remote control bomb detonation, the operation in the region has been expanded, said the police officer.

In recent months, suspected Daesh/ISIS militants have stepped up attacks, particularly in the area between Kirkuk, Saladin (north), and Diyala (east), known as the “Triangle of Death.”

In 2017, Iraq declared victory over the terrorist group by reclaiming all its territory – about a third of the country’s area – invaded in 2014.

The Iraqi army continues to carry out anti-terror operations.

‘Turkiye’s goal in its relations with Latin America is to deepen...