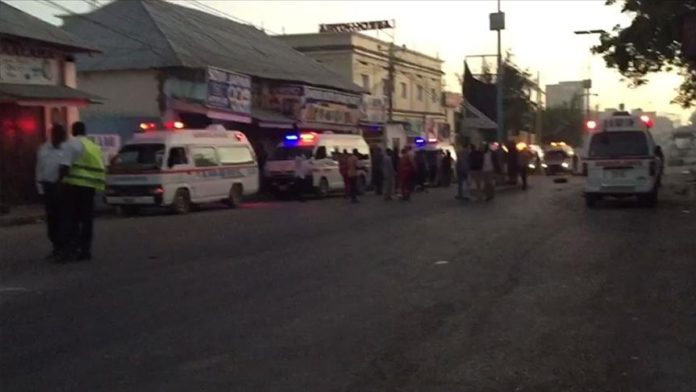 A soldier and a civilian were killed and four more people injured in a suicide attack in southwestern Somalia on Saturday.

A bomber blew himself up outside a small but busy restaurant in the town of Waajid in the Bakol region, according to Mohamud Kheyrow, a police official.

The town is located some 350 kilometers (218 miles) southwest of the capital Mogadishu, where a suicide attack by the al-Shabaab terror group killed over 20 people and wounded more than 30 just hours earlier.

“At least four people, including two paramilitary soldiers, were injured in the blast,” he told Anadolu Agency, adding that all the wounded have been shifted to a hospital in Baidoa, the administrative capital of Somalia’s South West State.

While no group has claimed responsibility for the attack, Dahir Ali Mohamed, a senior military official in Waajid, said a security operation has started in the area and several suspected al-Shabaab members have been arrested.