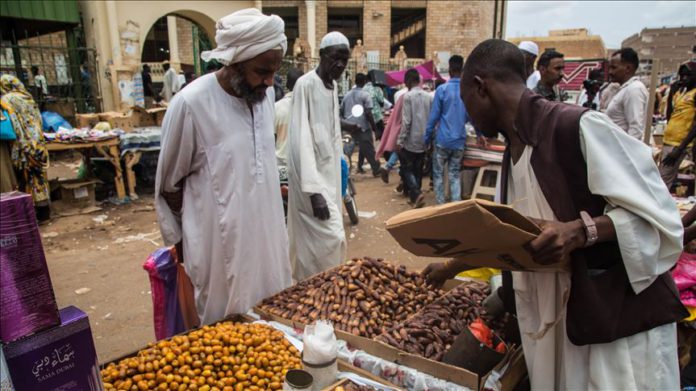 Soaring food prices in the North African country of Sudan have turned the joy of a major Muslim holiday into suffering and sorrow.

Recent government efforts to raise wages have failed to put more money into the pockets of families to buy traditional sheep sacrifices for the Eid al-Adha holiday, or the feast of the sacrifice.

Other expenses include new clothes for children and sometimes family members, but price hikes have made it difficult to provide even basic needs.

The country is facing widespread hunger, according to the UN and NGOs.

AljaaIi Hussein, 55, a father of four, is unable to celebrate the holiday marking the Prophet Abraham’s willingness to sacrifice even his son by God’s command, especially by buying and sacrificing a sheep or goat.

“I’m not happy because I can’t afford the same things I did for my family and kids, because everything is getting more expensive every day. The price of a head of sheep is not less than 14 Sudanese pounds [$0.25], almost twice what it was last year,” he said.

“Even the era of [ousted President Omar] Bashir was better than what’s happening now,” said Amna Ahmed, a mother trying to get new clothes for her children at a mall in the Geraif neighborhood in the capital Khartoum.

“Life has become unbearable due to high prices and the market is out of the government’s control. Now we face this holiday with nothing to give to our children.”

Gold miner Albarra Ali, 40, said due to the coronavirus lockdown things have worsened.

“We’re going into around five months in this lockdown and for example for me, I’m a gold miner but gold mines have been closed since last March, so I’ve no income at all for five months, so we lost everything – me and my family,” he said.

Sheep sellers and merchants of clothes, children’s toys, and other goods that normally fetch high prices before the holiday said demand is low.

“We’ve been raising these sheep for a long time in our villages and brought them to Khartoum in order to sell them but the purchasing power is very low,” he said.

“We face a big dilemma and we may lose a lot because the purchasing power is down, but we have no way to bring down the prices because we have a lot of expenses, including medical care of the livestock, transportation, and other expenses,” he added.

Mahmoud Adam, a livestock trader in the Omdurman Popular market, said another reason for the increase in livestock prices is restarted livestock exports to Gulf countries.

“The high demand for Sudanese livestock in Gulf countries, especially Saudi Arabia, has pushed up demand and this has raised prices in local markets,” he said.

A source in Sudan’s Finance Ministry said the government failed to pay many public sector wages for July, especially in states outside Khartoum.

The official, who asked not to be named because he is not authorized to talk to the media, also said a lack of cash exacerbated the situation, but stressed that soon it would be covered.

“The government is doing its best to provide wages for the month of July, but there are other commitments for purchases of gold from small traders to bring more hard currency. We also need to cover the needs for imports of medicine and other basic commodities,” he said.

Sudanese economist Mohamed Abdul Aziz said big social events such as the holiday show the government’s failure to provide for basic public needs and that a rise in wages would not solve this.

He told Anadolu Agency the government needs to address a range of problems in the integrated economy including inflation of over 100%.

“Inflation is constantly rising so the local currency loses its value to hard currency, so a wage hike would be absorbed in the market and means nothing,” he said. “So the government needs to monitor and control the market and adopt more integrated policies to overcome the crisis.”

The inflation rate in June reached 136% with soaring prices in local markets.

An international donor conference in June promised to pay $2 billion in urgent assistance to help Sudan overcome severe economic crisis that was inherited from the Bashir era.