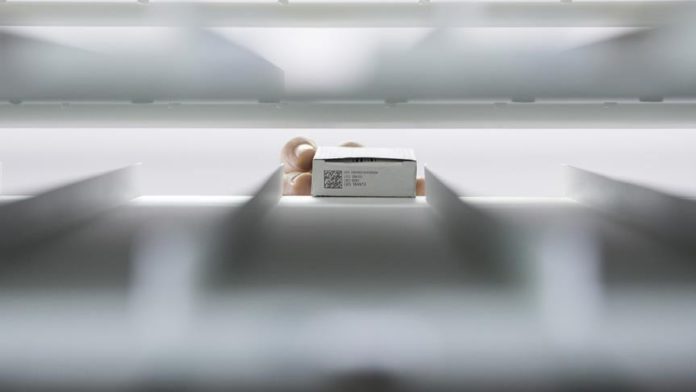 Treatments of spinal muscular atrophy (SMA), a rare, genetic and neuromuscular disease are open to argument around the world due to their high price and efficacy of therapies.

The cost of partial treatments approved by the health authorities in the US and Europe is much higher than the average income family can afford. It could also be a huge economic burden to national health systems.

The efficacy of experimental drugs and treatments that have emerged in recent years for SMA, which had no cure until 2016, has not yet been fully proven.

Drugs and therapies can partially be effective, but no one has completely recovered from the disease.

According to the UK’s National Health Service, spinal muscular atrophy, which has four types, is a genetic condition that makes muscles weaker and causes problems with movement.

There are a total of three approved drugs and therapies for its treatment around the world.

A drug with ‘nusinersen sodium” was approved by the US Food and Drug Administration (FDA) in 2016. The drug, whose global rights belong to Biogen, a US biotechnology company, has become the first known therapy for the disease.

Patients must use the drug their entire lives, while a 10-year long therapy with this medicine costs around $10 million.

The efficacy of the drug differs among patients due to personal differences, level of disease, length of therapy, and the starting time of therapy.

Experts warned that the effectiveness of drugs and treatments developed against SMA, which is an inherited, in other words, a genetic disease that affects the person from infancy to life, is too new to be tested, and therefore, should be evaluated as “experimental” practices.

James Chambers, a health policy researcher at Tufts University in the US, said in an interview with The Scientist magazine that the studies supporting the approval of drugs were insufficient.

He added that conducting large-scale clinical trials for any rare disease is difficult since there are few patients.

However, some other experts pointed out the importance of developing a therapy rather than focusing on their prices.

Dr. Jerry Mendell of the Nationwide Children’s Hospital, described gene therapy as a “breakthrough” for a disease that was previously incurable.

No institution regulates drug prices in US

While SMA drugs are discussed over price, representatives of pharmaceutical companies claimed that long and detailed research and development studies make drugs costly.

The absence of any institution in the US to regulate drug prices and intervene in excessive increases also paves the way for pharmaceutical companies to freely set prices, which also affects prices worldwide.

Meanwhile, gene therapy, which is known for its high price among SMA treatments, has been criticized by US senators, including Elizabeth Warren and Bernie Sanders, in the year it received FDA approval.

In August 2019, five senators from the US accused Novartis / AveXis of reporting manipulated data to the FDA before the gene therapy drug was approved.

The FDA, however, said the problematic data affected only a small part of clinical outcomes.

According to the Health Ministry, an SMA patient is found in every 6,000 births in Turkey.

Turkey has a policy of providing all approved treatment free of charge as Health Minister Fahrettin Koca announced on Jan. 3.

“… Our fight will continue until the SMA disease is wiped out from our country and our existing patients are treated,” he said.

Some families of children with the SMA in Turkey launched a fundraising campaign through social media for the implementation of the US gene therapy to their children. However, NGOs working in the field of SMA, draw attention to the inconvenience of such campaigns.

The NGOs say that the effectiveness of drugs is not yet known, hence the campaigns should not turn into the promotion of any experimental drug, and such individual initiatives do not contribute to a collective solution.

Campaigns are also criticized due to support of some celebrities with the worry of creating a space where the line between advertising and social responsibility, promotion, and public health is often blurred.

Turkey: Short-term external debt stock down in May