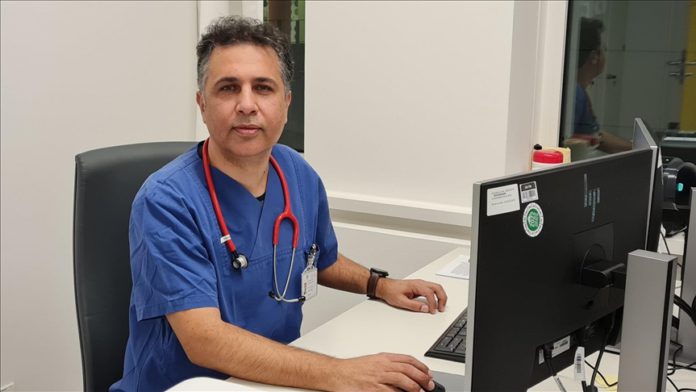 Gene therapy for spinal muscular atrophy (SMA) patients is effective for infants whose symptoms have never started or have just started, according to a pediatric and neonatal intensive care physician.
“After gene therapy is applied to children who are connected to a respiratory device and cannot walk, it is unfortunately not possible for them to leave the breathing apparatus, start running and return to normal life,” Dr. Soyhan Bagci from Rheinische Friedrich-Wilhelms University in Bonn, Germany told Anadolu Agency.

“SMA, an inherited and progressive muscle disease that affects nerve cells, has three types of drugs and treatments approved in the world. A drug with an active ingredient called risdiplam in syrup form, which was approved in the US and registered by the Food and Drug Administration [FDA] in August 2020, is also used in the treatment of SMA,” Bagci said.

Another method is “gene therapy,” using “the world’s most expensive drug,” which was approved by the FDA in May 2019.

Bagci collaborates with Janbernd Kirschner, professor of pediatric neurology at University Hospital Bonn and head of the team that applies gene therapy to SMA patients in Europe.

Bagci emphasized that it is necessary to correctly evaluate which children can be treated with these drugs.

He said the most overlooked point is that studies on such treatments emphasize that treatments should be applied to infants whose symptoms have not started yet or who have just started.
“We see the same misinterpretations for gene therapy studies. Although they are said to be applicable from birth to two years of age for gene therapy, they actually refer to children whose symptoms have not started until the age of 2 or who have just started.”

Bagci said the current studies are very limited. Only suitable infants are included in the study and they are treated.

He said the reason gene therapy is seen as the definitive solution is that when it is performed, the patient recovers.

However, the disease does not begin to occur in children whose symptoms have just started or have not started at all because the deficient SMN protein will be produced when this treatment is performed. Therefore, the patient’s quality of life improves.

“The current use of drugs is short. So Spinraza received approval from the FDA in 2016. The patient to whom Zolgensma was first applied is now around 6 years old. We cannot talk about a result 10 years later, but it is necessary to look at the situation here. We have made great progress in SMA treatment compared to 20 years ago. SMA patients are no longer doomed to death when diagnosed early. The correct approach here is to diagnose and start treatment at an early stage.”

Bagci said the reason for the drugs being so expensive is not the cost of the drugs alone, but the low number of drugs produced.

“Considering all the costs, including the research and development of the drug, the company that produces the drug has to take it out of the minority of the patients when the number of patients is taken into account,” he said.

He said the problem here is that the company has to take back the costs of drug production and the cost of the studies to be carried out in the next stages.