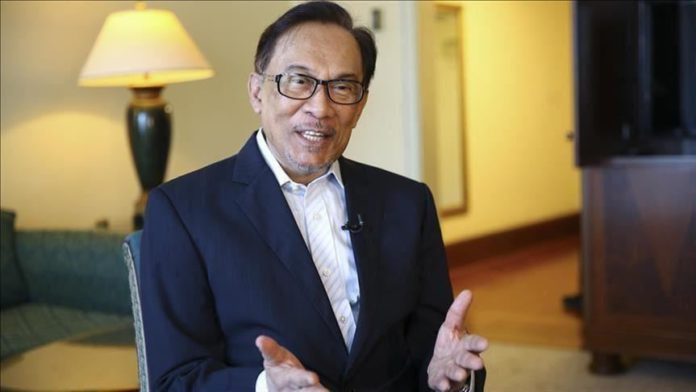 Malaysian opposition leader Anwar Ibrahim has “small chance” of becoming prime minister as the current government has strong presence and support, according to a political analyst.

“Muhyiddin still has strong support, especially in Sarawak state from the Sarawak Party Association,” Hassan said, adding that the party, which has 19 seats in parliament, has so far been loyal to the prime minister.

Anwar on Wednesday announced that he had secured a majority in Parliament to form a new government, however the government side saw the move as a “cheap publicity” stunt.

In Malaysian politics regulation, at least 112 parliamentary seats are required to form a government.

Hassan said that if Anwar cannot immediately prove majority support, things would be more difficult for the opposition leader.

“The longer time will allow Prime Minister Muhyiddin to find out the members of parliament who support Anwar then persuade them to support him instead,” he said.

Hassan argued that Anwar had made a strategic mistake by claiming to secure majority support in parliament while the King Al-Sultan Abdullah Ri’ayatuddin Al-Mustafa Billah Syah was still receiving treatment in hospital.

“This will postpone Anwar’s meeting with the king and then give Muhyiddin a sigh of relief,” he continued.

The situation is getting harder as Anwar’s ally DAP would only give its support if he provided evidence of securing a majority, according to the expert.

“It seems that Anwar has a very small chance to get rid of Muhyiddin,” he added.

Regardless of these maneuvers, Hassan said that the final decision to replace the prime minister is in the hands of Yang di-Pertuan Agong, the monarch of Malaysia.

He said that it is up to the king’s decision whether the transfer of power will be decided through parliament to get a majority vote or through general elections if the parliament was dissolved.

“It is stated in the constitution that the prime minister must have the support of a majority in parliament, but the final decision remains in the hands of the king,” said Hassan.

Meanwhile, Tengku Adnan, a Malaysian political expert, said it was not the first time Anwar announced to have majority support, but he has never been able to prove his claim.

“Looking at the latest political situation, it seems that Anwar has small chance of becoming prime minister unless he can really prove the support of the majority,” Adnan told Anadolu Agency on Thursday.

He said Anwar’s move yesterday was most likely to gain sympathy of people from Sabah state who will hold a regional election on Saturday.

Hisommudin Bakar, the executive director of political research institute Ilham Center, said Anwar’s statement saying that Muhyiddin had lost support was unclear because he did not reveal how many lawmakers’ support he have.

“For me, the situation remains vague. If Anwar really has a majority, he would have to prove the support in parliament or face king,” Hisommudin told Anadolu Agency.

He said it is logical for Anwar to claim majority if he gets support from lawmakers of the former Prime Minister Najib Razak’s party the United Malays National Organization.

But it will be hard for other parties in the Anwar-led coalition to accept support from Najib’s party due to its involvement in corruption and kleptocracy.

Virus cases in Libya up 15-fold in 2 months: Red Cross