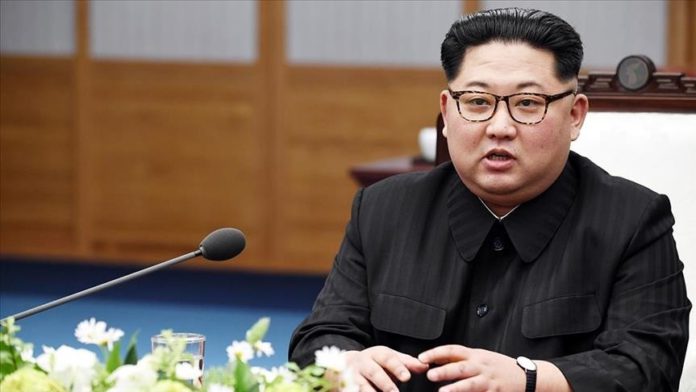 Denouncing Washington’s “hostile policy and military threats,” North Korea has said it will consider resuming “all temporally-suspended” defense activities to bolster its defenses against the US.

The announcement made by Kim Jong Un during a Politburo meeting of the ruling Workers’ Party on Wednesday apparently referred to Pyongyang’s self-imposed moratorium since 2017 on testing nuclear weapons and long-range missiles.

A statement published by the state-run Korean Central News Agency said Kim has instructed officials to “reconsider on an overall scale the trust-building measures that we took on our own initiative … and to promptly examine the issue of restarting all temporarily-suspended activities.”

Kim warned that US threats “have reached a danger line that cannot be overlooked,” urging defense officials to start “immediately bolstering” the North’s “physical means” to counter Washington’s “hostile moves.”

“The decision of the meeting is a timely and rightful step for reliably guaranteeing the existence and sovereign rights of our state in view of the urgent requirements … under the prevailing situation,” read the statement.

Kim said the US undermined progress made in talks between Pyongyang and Washington as it has held “hundreds of joint war drills … and conducted tests of all kinds of strategic weapons, while shipping ultra-modern attack means into South Korea and nuclear strategic weapons into the region around the Korean Peninsula, seriously threatening the security of our state.”

North Korea has already ramped up missile tests this year, having carried out four in the past three weeks, including that of a newly developed hypersonic missile.

As the Biden administration responded by imposing fresh sanctions last week, the North Korean Foreign Ministry warned of “a stronger and clearer response” if the US continues with its “attitude of confrontation.”

Kim also spoke about the sanctions in the Politburo meeting, terming them a “foolish act” and accusing Washington of trying to deprive the North of its right of self-defense.