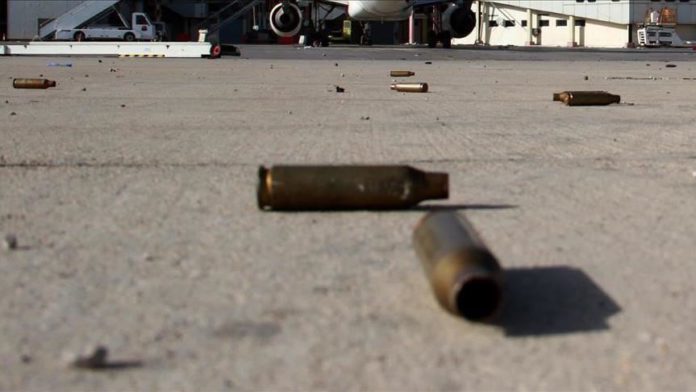 All 26 Bangladeshi nationals who were recently gunned down by human traffickers in Libya have been laid to rest at Mizdah, 180 kilometers from the capital Tripoli, officials said.

M Ashraful Islam, Labour Wing counsellor at Bangladesh Embassy in Libya, confirmed the development to United News Bangladesh, a local news agency, saying that they are in contact with the International Organization for Migration, and have sought compensation for the affected families.

According to the embassy, a group of 42 migrants, including 38 Bangladeshis, was held captive in Mizdah for being trafficked to Europe.

Quoting survivors, the embassy said that the abductors were demanding more money.

When their leader was killed at the hands of migrants, the abductees were randomly shot at. As a result, 26 Bangladeshis were killed, and 12 others injured. Other hostages, reportedly from different parts of Africa, also died in the gunfight that followed.

Dhaka has demanded that the perpetrators be brought to justice.

AK Abdul Momen, Bangladesh’s foreign minister, has also asked for compensation, saying that the injured were being treated in hospital under Bangladesh mission in Libya.

The Civil Society for Global Commitments on Migration (CGCM), a network of Bangladeshi NGOs, has also appealed for compensation, and investigation into the incident as Bangladesh stopped sending workers to Libya five years ago.

As many as 693 Bangladeshis were rescued while trying to enter Europe illegally between January and April this year, it added.

According to the UNHCR, about 2.5 million people crossed the mediterranean from 2014 to April 2020, 19,000 of whom lost their lives during the dangerous voyage.

Libya is home to a large number of migrants, including some who hope to use it as a way station on the journey to Europe.