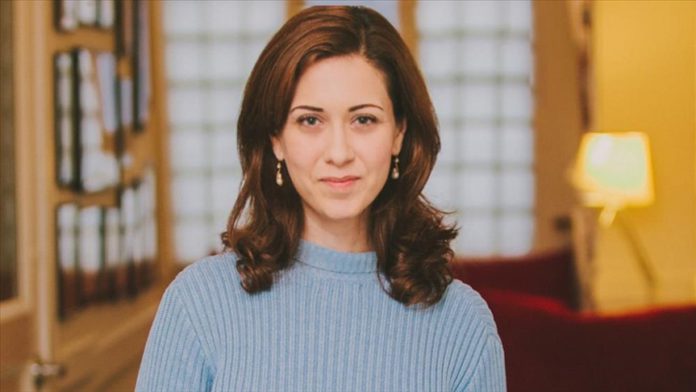 Pakistan’s first woman scientist to earn her PhD in the cutting-edge world of string theory is urging girls nationwide to pursue a career in science with “every field open to them.”

Speaking exclusively to Anadolu Agency to mark the International Day of Women and Girls in Science, which falls on Feb. 11, Tasneem Zehra Husain said it was not easy for her to pursue a scientific career “as I had no inspiration to look up to and in schools and even college, teachers especially made science subjects very dry.”

An eminent theoretical physicist who is also a literary enthusiast, Husain studied mathematics and physics at Kinnaird College, Lahore, before completing her master’s degree in physics from the Quaid-i-Azam University in the capital Islamabad.

“I was a keen observer of puzzles. Growing up, I used to get bored of things very easily,” she explained.

She recalled how, when she told her father in the seventh grade that the curriculum in school had gotten “very dry,” he advised her to study for the O-level exams. “That was an interesting thing for me,” she said.

O-level exams are subject-based academic qualifications for students in the several countries, including Pakistan. They correspond to grades nine and 10, the first two years of high school.

Husain is a doctoral alumna of Sweden’s Stockholm University, where she studied theoretical physics and won a scholarship to further study the field of high-energy physics.

“When I was doing my post-doctorate, I helped the Lahore University of Management Sciences in establishing a School of Science and Engineering. But the biggest dilemma in our country is that all of our bright students have to go outside of the country to pursue a stable career,” Husain told Anadolu Agency.

Even while diving deep into string theory, a scientific model seeking to explain all of physics at a fundamental level in an ambitious “theory of everything,” Husain did not abandon her love of literature, and managed to write her first novel, Only the Longest Threads.

That book was about the defining moments in which new scientific theories affect the understanding of the universe, and she is now working on a follow-up.

According to a report in the Journal of Pakistan Medical Association, observations from 2019 found that 85,000 Pakistani female doctors are not working in the field, despite government and health institutions’ public awareness campaigns.

Husain stressed that there is no limit to what women can accomplish in the field of science, but stressed that the academic system needs be more flexible towards women according to their expertise.

“You can see doctors. So many of them don’t work after marriage because a woman after marriage has to carry a child physically, and that affects her health,” she explained.

“If she isn’t available for work for a certain time period, it doesn’t mean she is lacking the capacity to work. A flexible system and proper policymaking are required.”

Husain also underlined the role of teachers as guiding stars, as they can spark inspiration in their students to take more interest in subjects and can even make those subjects more fun and interesting, stressing their real-life applications.

“If the teachers aren’t aware of the latest ways of teaching and they don’t have command over their subject, they can’t tell the students what the practical implications of that subject are,” said the scientist.

“If students, especially girls, get proper guidance and counseling, the sky is the limit for them and they can do wonders. It’s high time that we start telling our girls that every field is open for them.”

US envoy heading to Afghanistan, Qatar to push peace