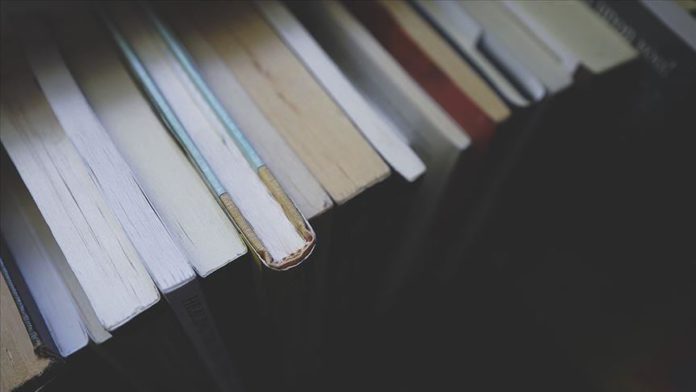 Publishers in Turkey translate books in foreign tongues for the benefit of eager readers in record time, and their work finds an attentive and appreciative audience, according to industry experts.

“After signing a contract with [authors] abroad and getting the text to be translated, the work begins immediately, and with excitement,” she said.

Whenever the book hits the shelf in its original language, the volumes are ready to come out in Turkish, and often simultaneously, she added.

“Sometimes there are times when we get a book ready and [have to] wait for it to be published in its original language first,” she explained.

According to Dinc, while Turkey has a great many translators able to render works from English, French, and German, skilled translators from Russian, Hungarian, Norwegian, Chinese, Danish, Polish, Swedish, and other tongues are harder to find.

But she stressed that translation from the original is the standard, and that only in rare cases does Yapi Kredi translate a work from a second tongue, and only with the author’s explicit approval.

“But we don’t prefer that,” she added.

For Dinc, the quality of translations should not be gauged by the translator alone but together with the book’s editors, who collaborate by carefully comparing each sentence in Turkish with the original.

Praising Turkey’s ranks of diligent translators, she said: “We have translators who have devoted years to this profession and have mastered every book they translated.”

“Seeing Roza Hakmen’s name on a book is reason enough to snap it up right away,” she added, referring to the translator of French and Spanish classics alike, such as Marcel Proust’s multi-volume In Search of Lost Time and Cervantes’ picaresque Don Quixote.

According to Dinc, proper translation is not just about knowing the language.

“Translating a book requires a tremendous store of knowledge about the subject, the period, terminology, and wordplay. Not everyone who knows a language can be a translator,” she said.

Dinc said she believes that beyond knowing a second language, translators need to have a firm command of their native tongue, Turkish.

Freelance editor Setenay Karacay said that while most translations in Turkey are still done from English, contemporary offerings from authors in Japan, Norway, and Poland are also winning admirers.

“The diversity in translations of classical or contemporary classical works, as well as the rapid and beautiful translations of current works, and our ability to follow world literature very closely make me happy as a reader,” she added.

“When we look at the books of the year selected by the votes of readers like Goodreads or the awards given to certain genres such as the Hugo and Nebula [for science fiction/fantasy], we see that most of the winning and nominated books were rendered into Turkish that same year,” she added.

According to Turkey’s Culture Ministry, the year 2019 saw nearly 9,100 translations, and this year through July alone, over 6,000 books were translated into Turkish from other tongues.

Last month, in an interview with the Los Angeles Review of Books, Mustafa Cevikdogan of Can Publishing highlighted Turkish translations from Israeli authors.

“Eshkol Nevo and Amos Oz are popular, but the most beloved Israeli writer in Turkey is probably Etgar Keret,” he said, referring to a short story scribe and graphic novelist whose book signings in Istanbul have attracted hundreds of readers.

“Perhaps because of the general love for the short story genre in Turkey, his books have enjoyed many reprintings,” he was quoted as saying.

“On the other hand, it’s hard to find literary translators who can translate from Arabic to Turkish, and I think our editing world still keeps its distance from the Middle East,” he added.

“Some Arabic writers get translated from French or English,” he admitted.

According to Cevikdogan, the Turkish literary world is a small one and centers in Istanbul, the commercial capital, akin to the New York-centric American publishing world.

Karacay praised Turkish readers for paying attention to translations and translators, carefully reading comments about different translations of the same work, and then deciding which one to pick up.

“Especially the old works that are freely translated and published need to be read by a good translator, and it’s a great thing for readers to approach this with care, appreciate translators, and look for the names of translators they love,” she added.