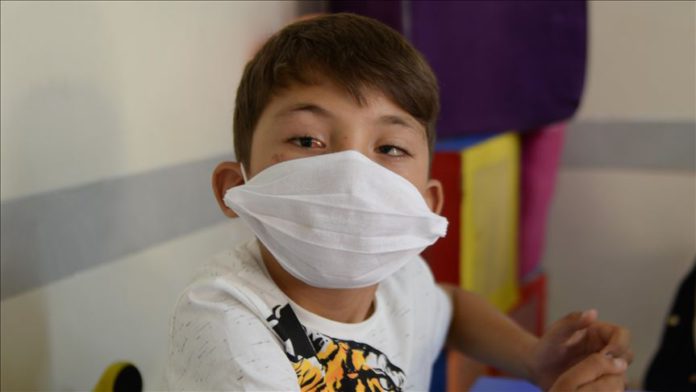 A successful treatment in Turkey opened eyes of a 6-year-old Syrian child who went blind after a bombing attack inflicted heavy damage on his house in the Idlib city of northwestern Syria.

It was a shrapnel piece that claimed vision of Abdulrazak Dip’s left eye, and the medical care in Syria did not lead to any positive results. Things got even worse when his right eye began to lose vision due to the trauma.

In an interview on a Swiss TV channel, the poor child appealed to Turkish President Recep Tayyip Erdogan and asked for help, then Turkey’s Embassy in Bern took action.

With the help of an NGO, the International Blue Crescent, Turkish authorities got in contact with the child’s family and transferred him to a private ophthalmic hospital where he underwent surgery.

The child finally regained vision and his family burst with joy as their deep sorrow finally came to an end.

His father, Mohammad Dip, said the family did not prefer to leave their country despite all flaws since the start of the bloody civil war in 2011, but they took refuge in Turkey after his son lost his sight.

“Thank Allah, the International Blue Crescent reached us, and helped transfer my child to Turkey for treatment. They covered all expenses. Thank Allah, he can see now,” he said.

Since then, hundreds of thousands of people have been killed and more than 10 million displaced, according to UN estimates.

Should the state tax the rich for the common good?