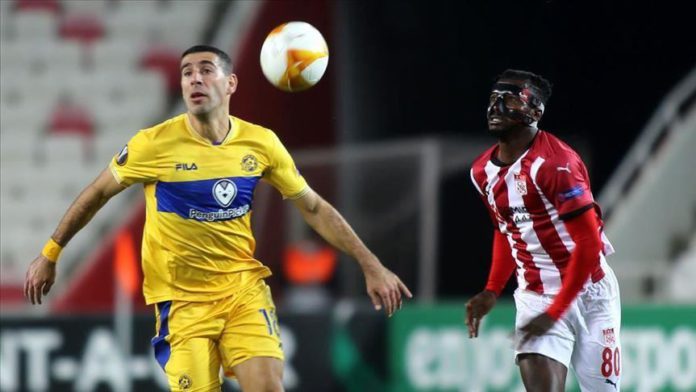 The sides played to a scoreless half at Sivas Yeni 4 Eylul Stadium.

But Nigerian forward Olarenwaju Kayode scored the opener for Sivasspor in minute 55.

In the 67th minute, Maccabi’s Eyal Golasa was brought down by French defender Samba Camara in the penalty area — awarding Maccabi Tel Aviv a penalty kick.

Camara was shown a red card before Dan Biton successfully converted the kick to tie the score.

In the 74th minute, the visiting side found a second and winning goal with Dor Peretz’s close-range header.

In the other game in the group, Azerbaijan’s Qarabag lost 3-1 to Spain’s Villarreal at Istanbul’s Fatih Terim Stadium.

Area C in West Bank is ours: Israeli defense minister