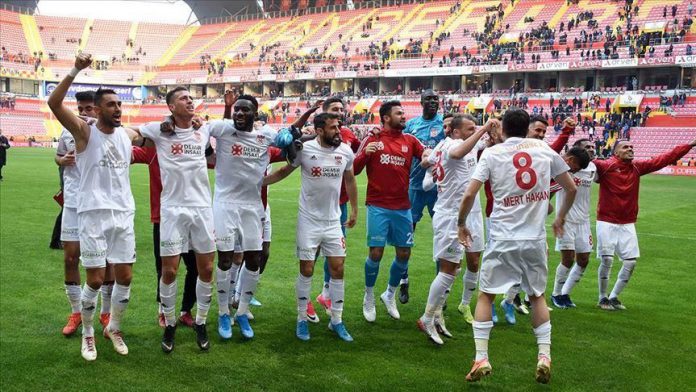 Demir Grup Sivasspor hammered Istikbal Mobilya Kayserispor 4-1 in Sunday’s away match to remain on the top of the table at the end of 12th week in Turkish Super Lig.

Brazilian forward Fernando gave Sivasspor a lead in the 24th minute. Kayserispor equalized the match when another Brazilian midfielder Pedro Henrique found the net in the 44th minute.

In the second half, Sivasspor’s Turkish players Erdogan Yesilyurt (2) and Emre Kilinc’s goals made the score 4-1 to bring a comfortable win to Sivasspor.

Sivasspor currently sit on the top of the table with 24 points after they won four consecutive league matches.

Kayserispor are at the bottom of the league with only seven points.

Fenerbahce dropped to fourth place on the table after they drew with Yeni Malatyaspor in an away match.

The match ended 0-0 since both team missed chances to have a score.

Fenerbahce have 21 points and Yeni Malatyaspor are at the sixth spot with 19 points.