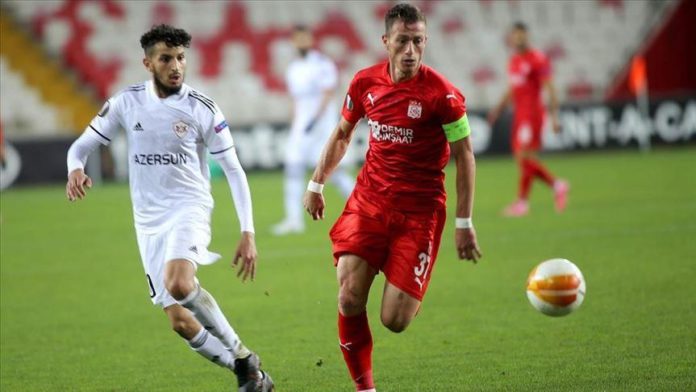 Sivasspor were awarded a penalty kick in the 39th minute following a handball by defender Gara Garayev.

Arouna Kone converted the penalty to equalize the game five minutes before the end of the first half.

In the 51st minute, Serbian midfielder Uros Matic made the score 2-1 for the home side as his left-footed shot in the penalty area beat Malian goalie Mamadou Samassa.

But seven minutes later Olarenwaju Kayode leveled the score again with a header for the Turkish side.

In the 79th minute, the away side found the third goal as Kone made a classy long shot, bringing the score 3-2.

With this win, Sivasspor increased their points to six to remain in the third spot, while Qarabag are at the bottom of Group I without any points.

Thursday’s was played in Istanbul’s Fatih Terim Stadium over Qarabag’s request due to the military conflict between Azerbaijan and Armenia.

Oil prices head for biggest monthly decline since May

US: Death toll from coronavirus reaches 1,171