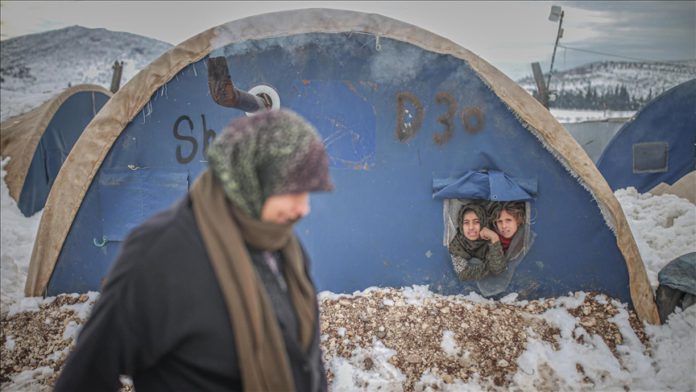 GENEVA (AA) – The UN on Tuesday voiced concern over the situation of civilians in the northeastern Syrian city of Al-Hasakeh, saying it is “deeply troubling”.

In a press conference, Ravina Shamdasani, a spokesperson for the UN High Commissioner for Human Rights, touched upon the situation in the regions occupied by the YPG/PKK terrorist organization, which uses the label SDF.

“On 20 January, ISIL fighters launched apparently coordinated attacks on a prison there, enabling dozens of inmates, many of them suspected ISIL members, to escape and sparking fighting between ISIL and the Kurdish-led Syrian Defence Forces (SDF), including in residential areas,” Ravina Shamdasani said, using a different acronym for the Daesh/ISIS terrorist group.

Shamdasani said: “The SDF has declared a curfew in all areas under its control in the city and has, with air support from international forces, surrounded the prison.”

“However, detainees, many of whom are suspected to have been ISIL fighters, are said to be in control of the prison’s main building and have taken some prison staff hostage.”

She expressed concern over reports that a “significant number of boys, possibly several hundred, are held there (in prison) and are extremely concerned for their safety and well-being.”

“The detention of children should, as ever, be a measure of last resort and for the shortest appropriate period of time,” she added.

Local sources said on Tuesday that armed clashes between terrorists from YPG/PKK and Daesh/ISIS continued in northern Syria for the sixth consecutive day.

Daesh/ISIS terrorists are fighting for control after breaking out of a YPG/PKK-run prison last week in the Guweiran region.

Shamdasani also said that following last Thursday’s attacks – “the biggest since ISIL was declared defeated in Syria in 2019 – international forces have carried out several airstrikes near the prison, including on areas where fugitives are believed to be hiding”.

“Thousands of people are said to have fled the immediate area for fear of further attacks by ISIL and to escape ongoing clashes,” she added.

She called on “all parties to the conflict, as well as governments with influence over the parties … to do their utmost to protect civilians, including in the planning and execution of military and security operations.”

“These latest developments in Al-Hasakeh highlight the desperate situation of thousands of detainees, including suspected ISIL members, across Syria,” she added.

“We remain deeply concerned by the situation of thousands of Syrians, Iraqis, and ‘third country nationals’ with presumed family links to ISIL members, who are confined in overcrowded displacement camps such as Al-Hol and Al-Roj in northeastern Syria,” she added.

She called on the countries of origin to “repatriate their nationals, especially women and children, in accordance with their obligations under international law.”

US: Maryland postpones primary until June over virus