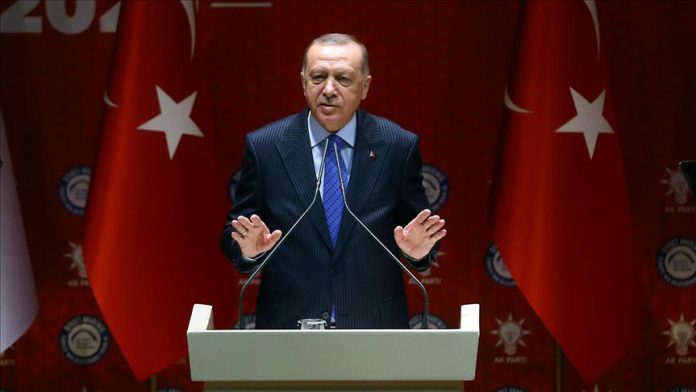 The situation in Syria’s Idlib is in favor of Turkey, said the Turkish president on Thursday.

“The developments in Idlib are now in favor of Turkey,” Recep Tayyip Erdogan said during orientation day of first batch of Diplomacy Academy in his ruling Justice and Development (AK) Party headquarter in Ankara.

On Jan. 12, the parties to the conflict in Syria announced a cease-fire in response to a joint call by Turkey and Russia.

Since then, hundreds of

Read more: Situation in Syria’s Idlib ‘in favor of Turkey’

2 injured in missile attack by Yemen rebels on Saudi Arabia