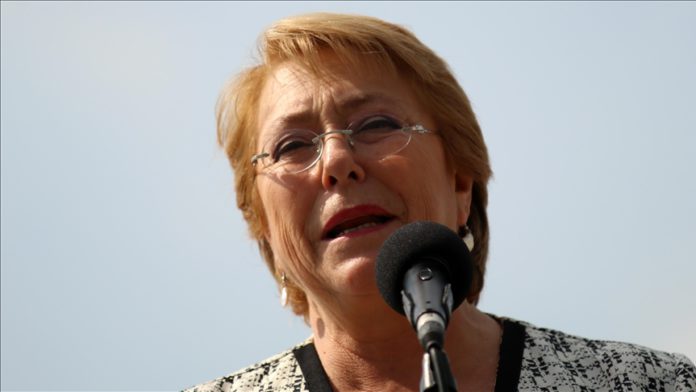 The situation in Ethiopia is “exceedingly worrying, volatile, and distressing” with an urgent need for independent monitoring of the human rights situation in the conflict-stricken Tigray region, the UN human rights chief said Wednesday.

Michelle Bachelet, the UN High commissioner for human rights, answered questions at a UN news conference ahead of Human Rights Day on Thursday, noting that fighting is reportedly continuing in the Tigray region itself.

“The situation in Ethiopia is exceedingly worrying and volatile and – as I had warned – is spiraling out of control, with appalling impact on civilians.”

The UN reported that particularly in areas around towns like Mekelle, Sherero, Axum, Abiy Addi, and the borders between the Amhara and Tigray regions, fighting continues between federal government forces and the Tigray People’s Liberation Front (TPLF), and affiliated militias on both sides.

“We have corroborated information of gross human rights violations and abuses – including indiscriminate attacks against civilians and civilian objects, looting, abductions and sexual violence against women and girls,” said Bachelet.

She said that there are reports of forced recruitment of Tigrayan youth to fight against their own communities.

The rights chief said that a major impediment is that communication in the region remains limited, and the UN had been unable to access the worst affected areas so are unable to thoroughly verify these allegations through fact-finding missions.

“There is an urgent need for independent monitoring of the human rights situation in the Tigray region, for all necessary measures to protect civilians, and for accountability for violations.

“The humanitarian situation is deeply distressing.”

Bachelet said that despite an agreement between the Ethiopian government and the UN, “unfettered humanitarian access has not been possible.”

The UN rights chief appealed to the government in Addis Ababa to fulfill the prime minister’s pledge to ensure humanitarian access. Access to water, electricity, and other basic needs are restored.

In November, a war broke out between Ethiopia’s federal army and the TPLF in the country’s Tigray region.

On Nov. 4, Ethiopia launched what it described as a “law enforcement operation” in Tigray against the TPLF, whose forces stormed the Northern Command of the Ethiopian Army stationed in Tigray, killing soldiers and looting military assets.

Last week, Ethiopia’s government said it had signed a humanitarian access deal with the UN to coordinate Tigray’s essential supplies.

Up to 50,000 Ethiopians have fled to Sudan after the government launched an operation against the TPLF.

Prime Minister Abiy Ahmed declared the end of military operations in the region on Nov. 28 after the fall of the regional capital, Mekelle.