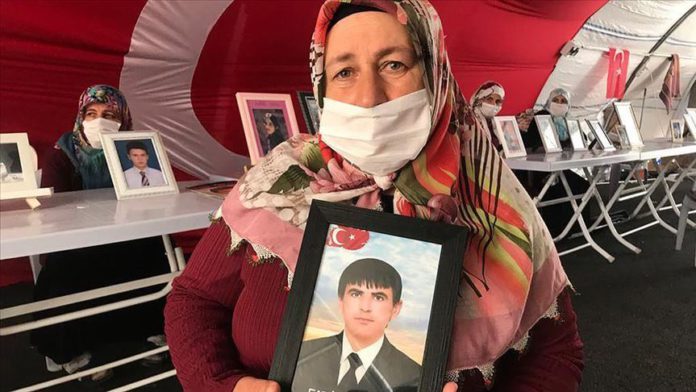 A sit-in protest by families in southeastern Turkey entered day 248 Thursday with demonstrators demanding a terror-linked political party free their children from the YPG/PKK terror group.

Dozens of mothers launched the protest Sept. 3, 2019, outside the office of the Peoples’ Democratic Party (HDP) that is accused by the government of having links to the YPG/PKK terror group.

Sevdet Demir said she is determined to continue her protest until she is reunited with her son, Fatih.

“I came here for my son, I want my son from the HDP. The HDP deceived my son and took him away. They must bring him back the way they took him away. I will stay here as long as I live,” she said. “I want my son. For the past five years, it is as if I am dead.”

She pleaded for her child to return and surrender to security forces. And expressed deep sorrow as Mother’s Day approaches. “Since you left, no one bought me flowers. I still keep the flowers you bought me before,” said Demir.

Protester Suleyman Aydin, whose son Ozkan was also abducted at age 15, said the group of protesters have been demonstrating for nearly 250 days.