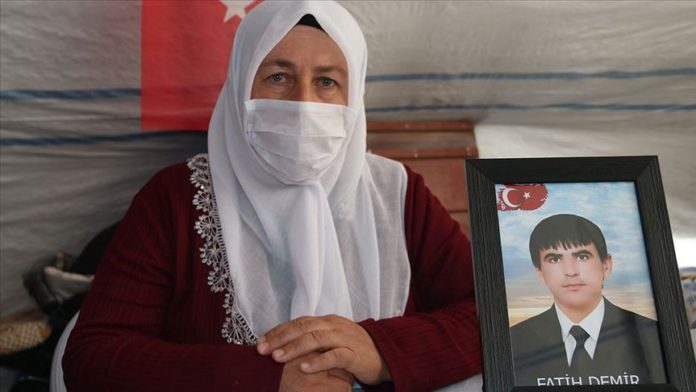 A sit-in by families in southeastern Turkey entered Day 252 on Monday.

Demonstrators demanded that a terror-linked political party free their children from the YPG/PKK terror group.

The protest started on Sept. 3, 2019 when dozens of mothers camped outside the office of the Peoples’ Democratic Party (HDP) which is accused by the government of having links to the YPG/PKK.

Sevdet Demir is one of the mothers who wants her son back from the terror group.

Her son, Fatih was abducted five years ago. She said she is determined to continue her protest until she is reunited with her son.

“I will continue fighting until my son returns. My son! If you hear me, please come back to me,” she said.

Protester Omer Tokay, whose son Mehmet was also abducted at age 14, said terrorists deceived her son by saying they will take him to a picnic and kidnapped him nine years ago.

“Please my son, if you see me or hear my voice, surrender to our soldier and police,” he said.

'WHO commends Madagascar's fight against COVID-19'