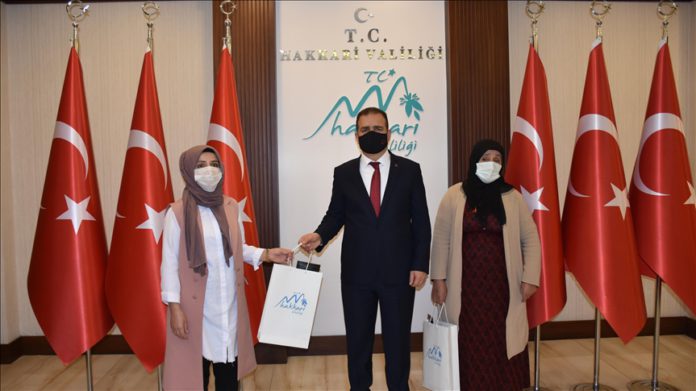 A woman, who joined the ongoing protest against the PKK terror group in southeastern Turkey, was named the woman of the year by local authorities on Monday.

Nazime Arslan was chosen by the Provincial Directorate of Family, Labor, and Social Services in Hakkari province and received by local Governor and Mayor Idris Akbiyik in his office.

Akbiyik congratulated Arslan and staffers at the directorate on International Women’s Day.

Stressing that they will continue to support the families of terror victims, he said the government’s decisive operations will eradicate terrorism.

Arslan, whose daughter Hatice was kidnapped from the Yuksekova district of Hakkari province six years ago at the age of 17, joined the protest in southeastern Diyarbakir province last December.

Her husband was also killed by the PKK terrorists four years ago.

*Sena Guler contributed to this story.