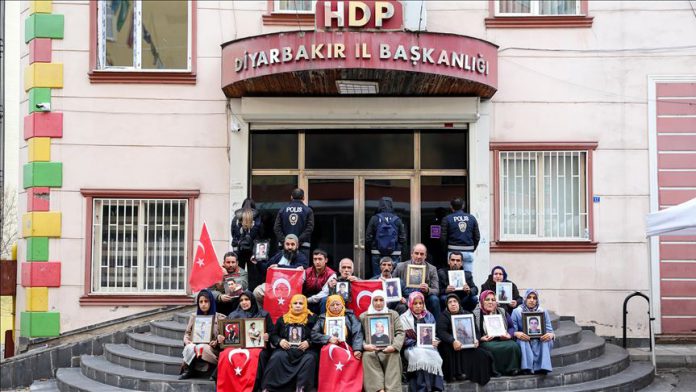 A sit-in by families of those abducted by the YPG/PKK terror group continues in southeastern Diyarbakir province of Turkey.

The protesters, camped outside offices of the Turkish opposition People’s Democratic Party (HDP), are demanding that their children kidnapped by the YPG/PKK terrorists be returned.

Kamile Kucukdag, one of the protesters, said her son Engin was kidnapped by the terror group in 2015 when he was only 15 years