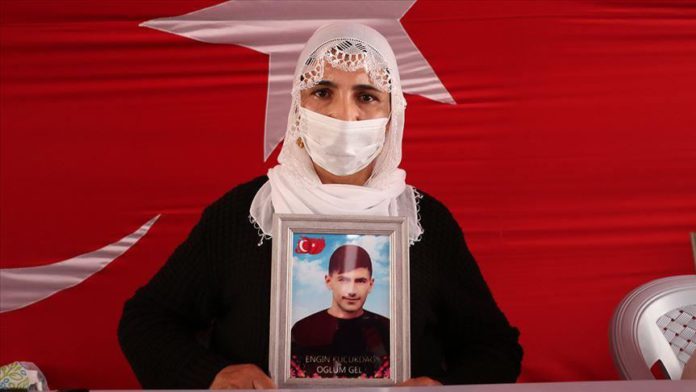 A sit-in by families in southeastern Turkey entered its 246th day on Tuesday.

Dozens of mothers launched the protest on Sept. 3, 2019, outside the offices of the Peoples’ Democratic Party (HDP), a party accused by the government of having links to the YPG/PKK terror group.

Aydan Arslan, one of the mothers, said her daughter Aysun had been kidnapped by the terror group in 2015 when she was only 15 years old.

Accusing the HDP of playing a role in the abduction, she said: “I want my daughter. Who will celebrate Mother’s Day with me?”

Another protester, Kamile Kucukdag, whose son Engin was also abducted at the age of 15 five years ago, said she will stay put until her child returns.