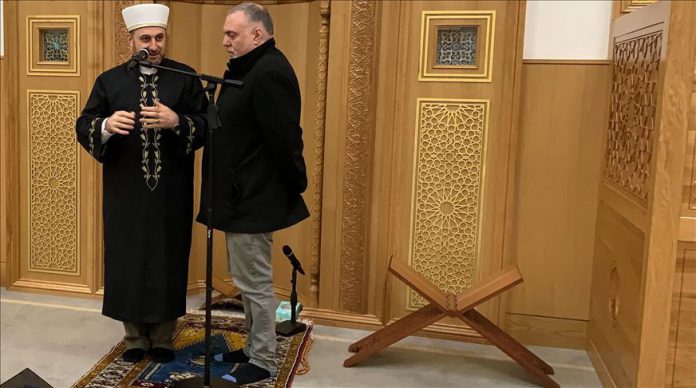 Following the Friday prayer ceremony last week, Pedro Carvalho had a conversation outside of the mosque with Ali Tos, a Turkish imam, about the necessity of the Christian world to get to know Islam better.

Carvalho added that the obstacles for learning the religion should be removed, and that he learned about Islam while working with Muslims.

He told the imam about his intention of becoming a Muslim, but that he