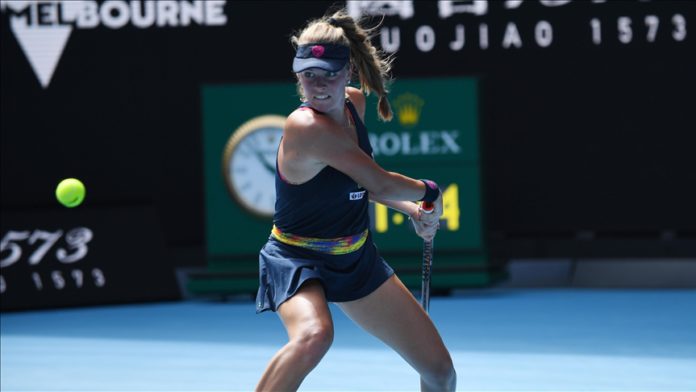 Romanian tennis star Simona Halep is out of the Australian Open after losing to world no. 61 Alize Cornet on Monday.

Cornet from France made it to the quarterfinals after beating two-time Grand Slam champion with the sets of 6-4, 3-6, and 6-4 in two hours and 33 minutes at Melbourne’s Road Laver Arena.

Meanwhile, Danielle Rose Collins from the US defeated Elise Mertens of Belgium 4-6, 6-4, and 6-4 in the fourth round of the tournament.

Collins will face Cornet in the quarterfinals.

In the men’s singles, Daniil Medvedev advanced to the quarterfinals after a 6-2, 7-6, 6-7, and 7-5 win over Maxime Cressy in Margaret Court Arena.

The match lasted for three hours and 30 minutes.

Aliassime will take on Medvedev from Russia in the quarterfinals.