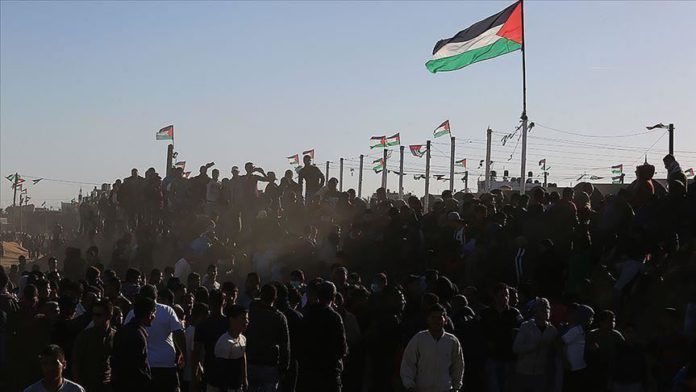 Canada has lobbied for a UN Security Council (UNSC) seat with a scheduled vote Wednesday but its relative silence on Israel’s plan to annex a third of the West Bank may jeopardize its chances.

As well, 42% backed sanctions against Israel.

The findings demonstrate Canadians want strong action and not just words from Prime Minister Justin Trudeau, said Thomas Woodley, head of Canadians for Justice and Peace in the Middle East.

“Not only is it necessary to threaten sanctions to discourage annexation from taking place, but there is considerable support among the Canadian public to do so,” Woodley said in a statement.

The other two countries – Ireland and Norway – vying for the two temporary seats on the Security Council have been vocal about their opposition to the illegal annexation.

At the beginning of June, more than 100 organizations sent a letter to UN ambassadors urging them to not support Canada’s bid. The ambassadors vote on who gets the two UN seats.

But Canada’s UN ambassador took issue with the letter, writing his own to fellow ambassadors saying that Canada supported the two-state solution, with Israel and Palestine “living side-by-side.”

“Canada views any unilateral annexation of parts of the West Bank as contrary to international law,” Marc-Andre Blanchard wrote. “Canada has expressed deep concern and disagreement with the proposed policy of annexation and raised the issue publicly.”

Corey Balsam of the Independent Jewish Voices organization said Canada’s response to the annexation has been weak and its record of strong support for Israel has been a problem in the past.

“Canada’s staunch support for Israel has been one reason why they (Canada) haven’t gotten a UNSC seat in the past,” he said. “Trudeau speaks a lot about the importance of maintaining a rules-based international order…but of course annexation is at complete odds with international law and those rules.”