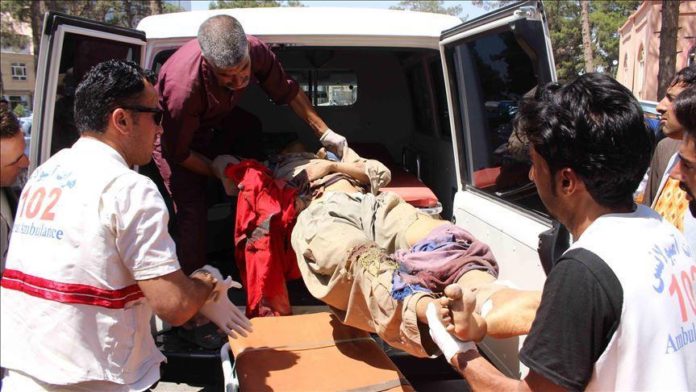 At least three people, including a Sikh and a policeman, were killed in a string of blasts in Afghanistan’s capital Kabul on Saturday.

According to the police, the first explosion took place at around 10 a.m. (0530GMT) on Bagh-e-Qazi street, a locality with several Sikh-owned businesses and a place of worship located nearby.

As people gathered in the area, a second blast ripped through the crowd minutes later, killing two people, among them a Sikh man, on the spot.

Five civilians, including members of the Sikh community, were also injured in the back-to-back explosions, police said.

The target was a police vehicle and a policeman was killed in the explosion, he said.

No group has claimed responsibility for the string of blasts in Kabul today.

The Daesh terror group was behind a deadly assault on a Sikh place of worship in Kabul last March, in which more than 20 people were killed and several more injured.

In a report released this year, the Afghanistan Independent Human Rights Commission said there were 8,500 casualties – 2,958 deaths and 5,542 injuries – in attacks throughout the country in 2020.

Austria was warned before terror attack in Vienna