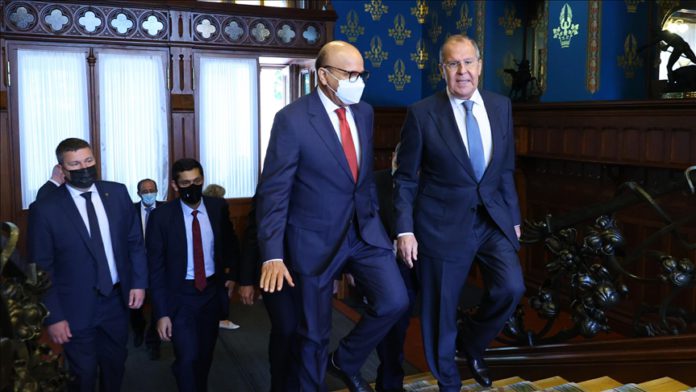 Addressing a news conference after a meeting with his Bahraini counterpart in the capital Moscow, Sergey Lavrov said Iran and world powers agreed on many issues, and only a compromise on the “full and unconditional renewal of all US obligations” is yet to be found.

He said chances of the deal’s revival are high since the Democrats, who signed the deal in 2015, are in power in the US.

The talks to revive the nuclear agreement, also known as the Joint Comprehensive Plan of Action, have been underway in the Austrian capital since April with six marathon rounds taking place so far.

The next round has been put on hold indefinitely due to the forthcoming power transition in Iran.

Iran’s judiciary chief and President-elect Ebrahim Raeisi, an ultra-conservative figure who won last month’s presidential election by a landslide, will take over from incumbent reformist Hassan Rouhani on Aug. 3.

Former US President Donald Trump pulled out from the agreement in 2018, but his successor, Joe Biden, has said he wants to return to the landmark accord.

On the situation in Afghanistan, from where foreign troops are scheduled to withdraw by Sept. 11, Lavrov said the Daesh/ISIS terrorist group has presence in the country’s north, “on the borders of the Russian allies.”

Russia is holding consultations with Central Asian countries to ensure regional security and stability, he added.

According to him, the terrorist outfit is taking advantage of “hasty” withdrawal by the US and NATO troops, and the unwillingness of “some officials in Kabul” to start “real peace talks” with the Taliban.

“We are trying to reason with the (Afghan) political circles about the need to stop delaying the process of negotiations, reaching agreements on the formation of a transitional government. We are also doing this as part of the so-called expanded troika, which is Russia, China, the US and Pakistan,” he said.

Intra-Afghan talks to end decades-long war in Afghanistan began in Qatar last September. However, little progress has been made to date. Violence in the country, meanwhile, continues unabated.

The negotiations began after a February 2020 deal between the US and the Taliban.

In a separate statement, the Security Council of Russia announced its secretary Nikolay Patrushev discussed the escalation in the north of Afghanistan and developments connected to the troops pullout with Afghan National Security Adviser Hamdullah Mohib, who is in Russia on a working visit.