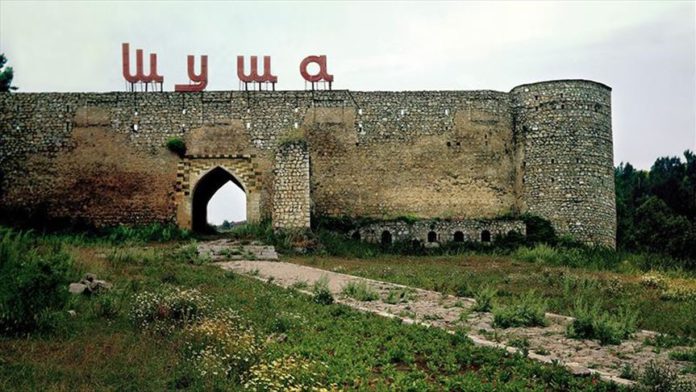 The Azerbaijani city of Shusha has been liberated from the occupation of Armenian forces, the country’s leader announced on Sunday.

“After 28 years, the adhan [call to prayer] will be heard in Shusha,” Azerbaijani President Ilham Aliyev said in his address to the nation.

“We proved to the world Upper Karabakh is historical Azerbaijani lands,” he said.

“Our victory march continues. If the Armenian leadership does not respond to my demands, we will go till the end,” Aliyev said in his speech in the Alley of Martyrs in the capital Baku.

Fresh clashes broke out on Sept. 27, and since then Armenia has repeatedly attacked Azerbaijani civilians and forces, even violating three humanitarian cease-fire agreements since Oct. 10.

The latest US-brokered temporary humanitarian cease-fire between Azerbaijan and Armenia went into effect on Oct. 26. However, it was short-lived, as only a few minutes after it got effective, Armenian forces again violated the truce.

Another truce on Oct. 17 was also violated by Armenia troops.

Plants can communicate with humans: Study