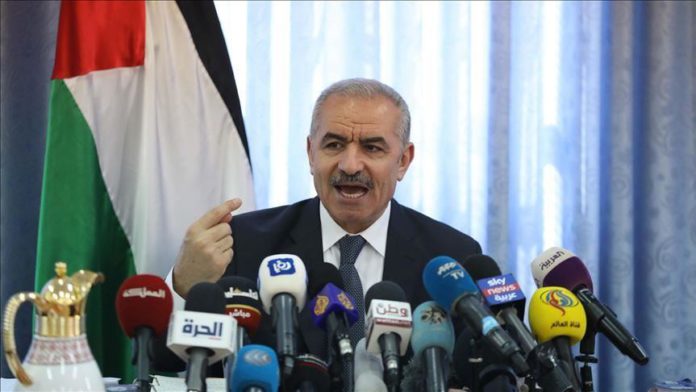 Speaking at a press conference ahead of a cabinet meeting, Shtayyeh said the Jordan Valley, which Israel plans to annex, makes up 28% of the West Bank.

“The Jordan Valley is considered a ‘vegetable basket’ for Palestine and our connecting point with Jordan and the world,” he said.

He said a strong position by the Arab world, Africa and Europe “would be sufficient to rein in Israel”.