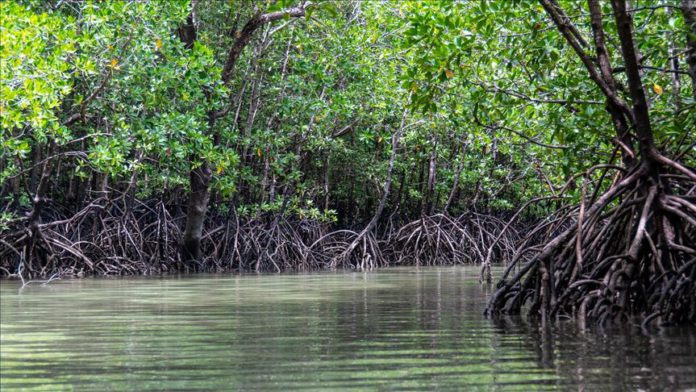 Industrial development, the building of new roads, increasing poaching incidents, and a lack of joint plan between Bangladesh and India are driving Royal Bengal tigers, the pride of South Asia, away from their habitat.

One of the biggest wildcats supporting beautiful stripes ranging from dark brown to black inhabit Sundarbans region — mangrove area in the delta formed by the confluence of three rivers in the Bay of Bengal. Bangladesh, which shares 60% of the mangrove forest, hosts most of these wildcats.

As the International Tiger Day being observed on Wednesday, experts believe that these rare cats may vanish in the next 50 years, due to climate change in the Sundarbans, especially in the Bangladeshi part.

According to a study conducted by a group of Bangladeshi and Australian scientists in 2019, there are fewer than 4,000 Bengal tigers alive today.

Officials at the Forest Department of Sundarbans said that as many as 38 tigers have died in the last 20 years. Out of them, 10 were killed by miscreants, while 14 were lynched by the crowd when they entered into human habitations and seven died from sickness, according to media reports.

“Spanning more than 10,000 square kilometers (3861 square miles), the Sundarbans region of Bangladesh and India is the biggest mangrove forest on Earth, and also the most critical area for Bengal tiger’s survival,” said the study.

The Sundarbans being a mangrove forest is not only a unique forest but it also carries distinction of hosting Bengal tigers, Abdul Aziz, a leading researcher and a recognized tiger expert in Bangladesh told Anadolu Agency.

He said that the forest Sundarbans and its tigers could not be conserved precisely until there is a joint plan for both parts of forest falling in India and Bangladesh.

In terms of abundance of the food chain and other factors, Sundarbans form an ideal place for tigers. But, poaching, demand for their bones in China for use in traditional medicine and urge to use their skin as shields are a raging threat for the population of the Bengal tigers in Sundarbans, he said.

“For traditional medicines, body parts, including teeth, bones, heart, penis, are taken, and supplied to Vietnam, Cambodia and Korea and China,” he said.

Furthermore, as hunting of deer going unabated in Sundarbans, it is proving a threat to the food chain, thus driving tigers to human habitations in search of food.

Also, global climate change effects, reduction in the flow of water, and rise in the salinity affecting the Sundarbans are affecting the deer population, which then affects tigers.

Experts believe that mega commercial projects, including the proposed Rampal Power Plant, and other industrial activities are directly impacting the mangrove forest.

The plant, a proposed 1320-megawatt coal-based power station in Khulna district of Bangladesh, spread over an area of 1834 acres is situated 14 km (8.6 mi) north of the mangrove forest.

Shahriar Hossain, secretary-general of Environment and Social Development Organization, a local research group, has urged the government to abandon plans of setting up a power plant in the ecologically sensitive region.

He said these megaprojects will damage the world’s largest mangrove forest and force its inhabitants, including Bengal tiger, to move away.

But, Divisional Forest Officer of Sundarban Bashirul al Mamun claimed that the number of Bengal tigers has increased in the latest tiger survey conducted by the government.

He said the number of Royal Bengal tigers in Bangladesh part of the Sundarbans has increased to 114 from 106 in 2018. He said both forest area and the number of deer have also increased.

He, however, refused to make comments on the impact of megaprojects, including the Rampal power plant, on the forest.

Hossain said a political will and a joint plan with India is necessary to reverse the climate change impact in Sundarbans and thus save the tiger population.