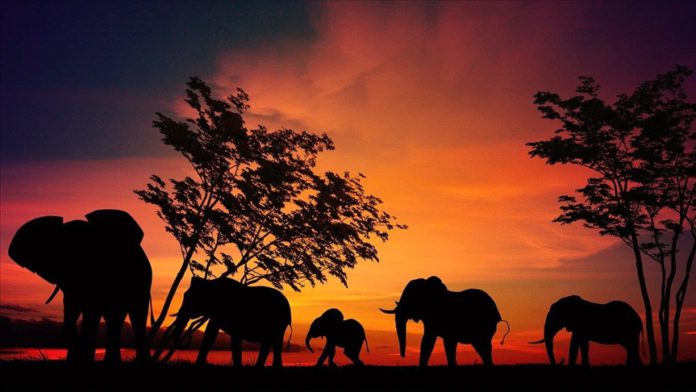 Asian wild elephants are under serious threat in southeast Bangladesh due to the construction of huge settlements on forest land and hills which has shrunk the mammals’ habitat and restricted their free movement.

Uncontrolled grabbing of forest land and hills by local influential people is also ruining the biodiversity of the tourist hub of Cox’s Bazar, according to experts and researchers.

Among 268 endangered Asian elephants in Bangladesh, two-thirds live in Cox’s Bazar and the Chittagong Hill Tracts bordering India and Myanmar, according to data from the International Union for Conservation of Nature (IUCN) and the government.

The elephant is a critically endangered species in Bangladesh, according to the IUCN Red List of Threatened Species.

In the last two years, at least 13 Asian wild elephants have died unusually, including by gunshots, electric shock after being trapped in live wire snares, and food scarcity in the last two years in Cox’s Bazar while three died in November alone in the district, according to media reports.

In August this year, a petition was filed with the High Court seeking government action, including a body to investigate the unnatural death of wild elephants in the Chattogram Division which also covers Cox’s Bazar. The body submitted a report that said some 106 elephants have died in Chattogram Forest circle in the last 19 years.

Mohammad Abdul Aziz is a teacher and researcher at the zoology department of Jahangirnagar University located near the capital Dhaka. He has long been working with wild animals, particularly tigers and elephants.

Hilly districts in Chattogram and Cox’s Bazar are some major habitats for wild elephants in Bangladesh, and one fourth of the country’s elephants are living in the Teknaf and Ukhiya subdistricts of Cox’s Bazar.

“Due to the settlement of Rohingya refugees in 2017 in Cox’s Bazar, the two major corridors for the movement of elephants were destroyed, and some 25% of the elephants in the region became confined due to the corridors’ destruction,” Aziz said.

Corridors are what elephants use for regional movement among forests, and due to manmade obstacles and their destruction, elephants now face a long-running crisis.

“Elephants’ movements are also needed for genetic free mixing and diversity in species in order for their survival and healthy generations,” he explained, adding “destruction of the corridors poses a serious threat to the wild elephants in Bangladesh and certainly the region.”

A proposed rail link between Chattogram and Cox’s Bazar would cut off five more such corridors in the region according to a study, Aziz said.

However, authorities have assured of connecting the districts by creating overpasses, underpasses or keeping the alternative routes.

“Human-elephant conflicts may also rise if we fail to reconstruct elephant habitants,” he noted.

Uncontrolled settlements on hills and forest land have also destroyed waterfalls and small water reservoirs. Those are needed, including for muddy baths of the elephants, he said.

Aziz urged the local forest department to make immediate alternative arrangements, recovering the forest areas for elephants along with removing the unpleasant briar between elephant corridors.

The entire forest land in the Rohingya influx area of influence is assessed at 26,600 hectares, or 44% of a landscape of 60,000 hectares in total. A total of 3,713 acres (1,500 hectares) of forest land under the Ukhia, Whykong and Teknaf forest range have been taken over by Rohingya makeshift settlements, the United Nations Development Programme (UNDP) said in 2018.

Experts and local NGOs working in the area believe that experts observed that more forest lands than the given estimation have been destroyed due to the refugee influx and land grabbing by this time.

Rezaul Karim Chowdhury, head of COAST Trust, a local non-governmental organization based in Cox’s Bazar, said the biodiversity of the region, particularly some 14,000 acres (5,665 hectares) of forest land in Cox’s Bazar and Teknaf has been seriously affected due to the refugee influx in 2017.

Local authorities, UN agencies and local NGOs had immediately cleared some 2,000 acres (809 hectares) of forest land to make a shelter for Rohingya on humanitarian grounds, the local researcher said.

“We can’t force the persecuted Rohingya people to evacuate the forest area because they had no other choice in the face of Myanmar’s military crackdown, and so their repatriation to Rakhine state in Myanmar is the only and ultimate solution to these crises,” he added.

He suggested a multi-story shelter for refugees in the area as a temporary measure so that less forest land is used.

For elephants’ and other wild animals’ reservations, he stressed the implementation of a proposed “environment recovery fund” in the region, with a call to the UN agencies to come up with solutions to the crisis of wild animals due to the refugee influx.

Both the experts suggested 100% use of LPG-run stoves so that refugees would not cut trees for cooking purposes.

Meanwhile, some 4,500 acres (1,800 hectares) of forest land and hilly areas have long been grabbed by some local influential people. Local authorities are seemingly helpless in taking action against them to recover those lands, alleged Chowdhury.

“Yes, no doubt that there is an impact on the local biodiversity of the refugee influx on the forest land which ultimately disrupted the movement of wild life, including elephants in the areas,” Rathindra Kumar Biswas, Wildlife and Biodiversity Conservation Officer at the government’s Forest Department, told the Anadolu Agency.

On the forest grabbing by locals, he said that “a parliamentary committee on the subject has already decided to run joint drives, consisting of including local administration and forest department, to reclaim forest lands which have allegedly been grabbed illegally,” the official mentioned.

Authorities will take necessary action if there is any allegation against anyone of grabbing government forest lands or hills, he added.

“We are working as to how the conservation of wild elephants can be ensured apart from building awareness among people and refugees.”