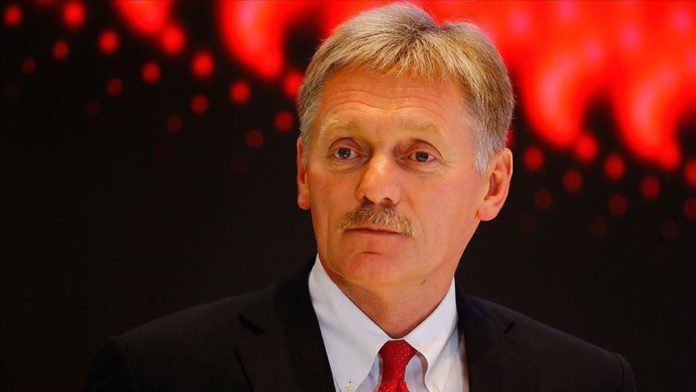 Commenting on reports that traces of the Russian-linked nerve agent Novichok were found in a bottle Navalny drank from in his Siberian hotel room, Peskov said if that were true, those who took the bottle would have ended up poisoned too.

“Absurdity and the number of questions is growing every day [in the case],” said Peskov. “The only thing that can shed light on what happened is the exchange of information, the exchange of biomaterials, the exchange of evidence and the joint work of doctors, if necessary, and so on, to analyze the situation.”

If any chemical weapons were found in Russia, it would be an absolute emergency, Peskov said, adding that Moscow continues to try to get the results of Navalny’s tests.

“Moscow is very limited in its ability to investigate this incident, because it turned out that some evidence was taken from Russia, there is no way to get acquainted with the results of tests. This all significantly complicates the investigation. I repeat: there are more questions than answers,” he said.

Navalny, 44 and a critic of Putin, fell ill on Aug. 20 on a flight from the Siberian city of Tomsk to Moscow. The plane made an emergency landing in Omsk, and Navalny was rushed to a hospital where he spent two days before being sent to Berlin for treatment.

On Sept. 2, Steffen Seibert, German Chancellor Angela Merkel’s spokesman, said Berlin would notify the EU and NATO, as well as the Organization for the Prohibition of Chemical Weapons (OPCW), about it finding “a chemical nerve agent” in Navalny’s tests to work out a common position.

Russian authorities deny any involvement in the case, saying chemical weapons are neither developed nor produced in the country since the last chemical round was destroyed in 2017, which was verified and certified by the OPCW.

The nerve agent Novichok was previously involved in the 2018 poisoning of Sergei Skripal, an ex-Russian spy, and his daughter in England, another case in which the Kremlin was implicated.

On Tuesday, the foreign ministers of the G7 member countries called on Russia to find and bring to justice the perpetrators of Navalny’s alleged poisoning.