TurkishPress
Home News Should the state tax the rich for the common good? 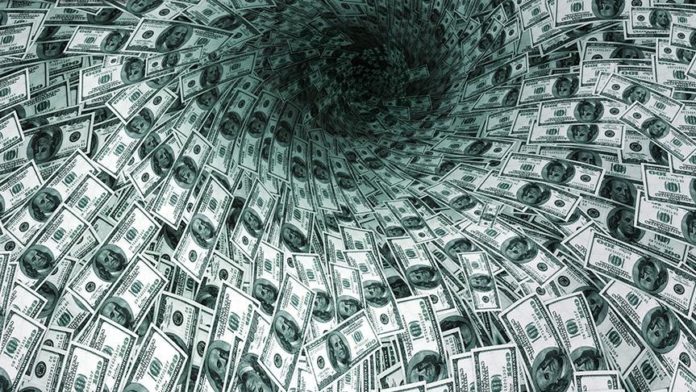 After bubbling up since the financial crisis of 2007-2008, the debate over wealth taxes has moved to the front burner since late 2019, with the pandemic exacerbating inequality worldwide, and calls for economic redistribution gaining more urgency.

Should the state tax the rich for the common good?

A sense that some people are amassing more and more wealth while not doing their fair share to counter the issues facing society offends many people’s sense of justice.

A report by Oxfam International showed since coronavirus first appeared, it took just nine months for the fortunes of the top 1,000 billionaires to return to their pre-pandemic heights.

Globally, amid the pandemic, billionaires’ wealth rose by a staggering $3.9 trillion.

“Their total wealth now stands at $11.95 trillion, which is equivalent to what G-20 governments have spent in response to the pandemic,” said the report.

Another study by the World Bank estimated around 100 million people found themselves in poverty in 2020 alone, a figure which is expected to rise to at least 150 million by the end of 2021.

The problem lies in the evident unfairness that some people have extreme wealth while millions of others face a difficult life of poverty, including its effects on housing, education, health, and the like.

Given that hiking taxes on the rich seems better than rising inequality, this article is meant to raise awareness of this systemic failure, which can be fixed if there is a genuine political will.

Rich unaware how little they pay

According to Liz Nelson, director at the London-based Tax Justice Network, there are many wealthy people who are unaware either of the extent of their wealth or how little tax they pay, or both.

“I think we need to direct some of our attention at lawyers and accountants who manage wealth and guide how wealth is kept secret,” she told Anadolu Agency, adding that governments or civil society should try to explain to very wealthy people about unfairness.

How wealth is taxed is quite important, she said, and that from a financial secrecy point of view, governments need to know where wealth is being held.

Some $8-35 trillion is estimated to be held offshore, and huge amounts of revenue are lost from wealthy individuals, she explained.

Citing research her group did last year, she said around $427 billion per year is lost from tax abuse.

“And $182 billion of that is from wealthy individuals, that’s equivalent to 9.2% of global health budgets on average,” Nelson underlined, saying if governments had this amount, it could make a huge difference.

Although austerity measures have dominated efforts to raise government income, this does not address inequality, she said.

“A wealth tax is more about fairness, and it could actually raise a lot of revenue for governments,” she explained.

Governments have been trying to tackle the economic fallout of the pandemic, which made their spending and debts mount, while conversely their receipts from tax and other payments fell.

The UK’s public sector net debt, for instance, reached over £2.1 trillion ($2.9 trillion) at the end of January, a level not seen since the early 1960s, according to country’s national statistics office.

As a solution to these problems, a wealth tax is being discussed globally as a way to both tackle inequality and pay the bill for governments’ COVID-related spending.

Argentina recently passed a law imposing a one-off tax on its wealthiest people to help pay the costs of the pandemic.

Wealth taxes have been discussed for a couple of different reasons, according to Arun Advani, assistant professor at the University of Warwick and member of the Wealth Tax Commission, a group of tax experts and economists assembled by Warwick and the London School of Economics.

In the US, for instance, there is great concern over the concentration of wealth, he said, adding that some have asked whether a wealth tax could be part of a solution to reducing this concentration.

Another reason is related to revenue Advani underlined that the question is who will pay the bill for government spending to fight COVID-19.

“What we are recommending in the UK at the Wealth Tax Commission is implementing a one-off wealth tax in preference to increasing taxes on work or spending, and rather than an annual tax,” he told Anadolu Agency.

“To raise £50 billion in the UK would be something like increasing sales tax VAT by 6% on from 20% up to 26%, and it is similar for income taxes. Both are not good for business since they increase the cost and discourage economic activity.”

Saying that a one-off wealth tax differs from sales and income taxes, he explained that it is based on the value you have now and that nothing will be done in the future to affect that value.

Advani also said such a one-off wealth tax would not solve existing problems such as taxation of capital, wealth, or inheritance or wealth inequality at the very top end of the distribution.

“If we’re trying to achieve is a solution to raising revenue in the short term, then a one-off wealth tax is actually a very good, efficient, and fair way to raise that money,” he added.

Given these views on the wealth tax, it may be time to rethink how the rules of taxation are set for wealthy countries and people and for global multinationals as well.

One way of reaching a new politics of the common good is rebuilding trust via fair taxation, which could help both close the inequality gap and the fiscal hole.