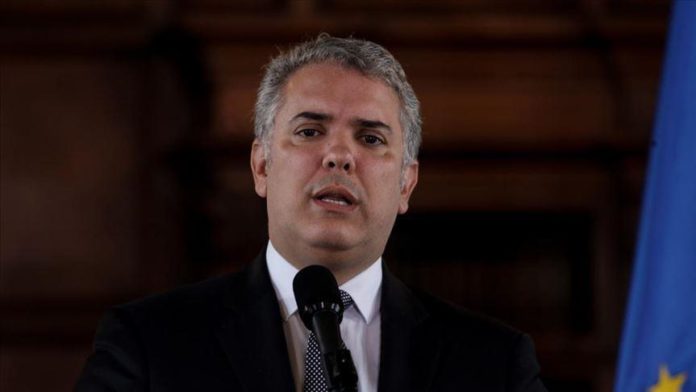 Shots were fired late Friday at the presidential helicopter that was carrying Colombian President Ivan Duque.

Military sources reported that the chopper received fire during Duque’s trip to the Catatumbo region in the northeastern part of the country, according to media reports.

Duque and those with him suffered no injuries in the attack, it said.

Officials said Duque later paid a visit to the municipality of Sardinata in the Norte de Santander Administrative Region.

Duque said the “cowardly” attack was conducted as he was about to land in the border city of Cucuta.

“The capacity of both the aircraft and the helicopter prevented anything fatal from happening,” he said at a news conference.

“The truth is, there are traces of a cowardly attack in which bullets were seen on the presidential helicopter,” he said.

Delivering a message of determination in the fight against drug traffickers and armed organizations, Duque emphasized such attacks would not deter his government.

Officials are reportedly trying to identify those who carried out the attack.