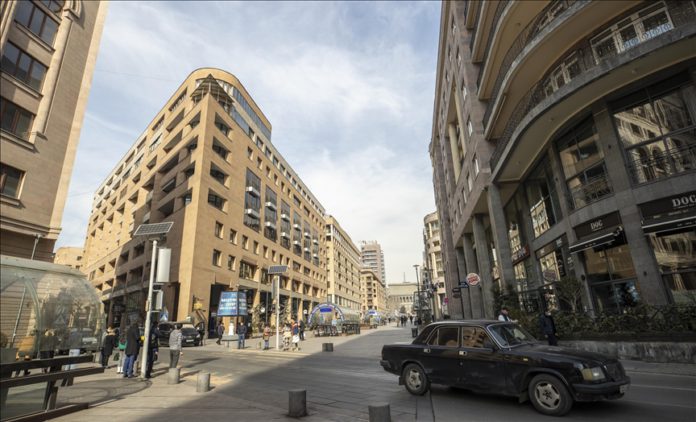 As reciprocal charter flights between Turkiye and Armenia resume, shopkeepers in Yerevan’s touristic open-air market are hopeful about the return of tourists.

Nazar Aroyan is a middle-aged Syrian-Armenian, who had to flee his hometown Aleppo in Syria due to civil war, and has been living in Armenia for six years.

Speaking fluent Turkish, Aroyan said he had a flourishing business in Syria before the war.

Now selling silver jewelry in the Vernissage Market, a flea market in the Armenian capital, he said direct flights between Turkiye and Armenia is a “good decision.”

“When the tourists come, business increases, and we win,” he added.

“I hope we will be friends again and reconcile. Flights strengthen the friendship between people,” he said.

Zorik Galitsyan, 40, who sells duduk, a type of flute, in the market is also hopeful about the resumption of flights.

Although mobility will increase in terms of tourism, he said, there were already people coming and going between Turkiye and Armenia before the flights resumed.

“My view as a citizen is like this: if our government says it is good for our state to open the borders, let it be,” he said.

“But since I am not an expert in economics, I cannot say for sure what the opening of the borders will bring.

“We are not hostile. We are a nation who loves peace,” he added.

Vernissage is one of the largest open-air markets in Yerevan, mainly attracting tourists where they can purchase a variety of gifts from clothing to paintings, and from silver jewelry to musical instruments and souvenirs.

Reciprocal charter flights were relaunched Wednesday between Istanbul and Yerevan amid talks between Turkiye and Armenia to normalize relations.

The two neighboring countries have seen many difficulties in their diplomatic relations since Yerevan’s declaring independence in 1991, and the border between the two countries remained closed since 1993.

Turkiye and Armenia are at odds over various issues, including the incidents of 1915.

The two countries signed the “Zurich protocols” in 2009 in an attempt to normalize relations, which failed to be ratified at the national parliaments.

The bilateral relations, however, have gained a new dimension toward normalization recently, with Turkish and Armenian special envoys, Serdar Kilic and Ruben Rubinyan, holding their first meeting in Moscow on Jan. 14, where both sides agreed to continue negotiations without preconditions aiming at “full normalization.”​​​​​​​