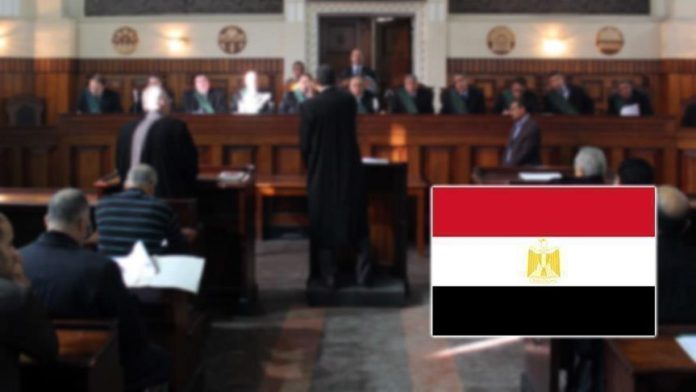 Egypt’s death sentences for 12 members of the Muslim Brotherhood, which were upheld last week by the country’s highest civil court, continue to draw outrage and a fierce backlash worldwide.

“The international community, most of whom rejects the death penalty on a point of principle, has a moral duty to stand up and denounce these sentences,” said Anas Altikriti, chairman of the Cordoba Foundation, a UK-based research and advisory group.

He added: “Trials where defendants cannot testify, held in courts that have been corrupted by state hegemony do not have the legitimacy nor the legal competence to pass death sentences.”

In August 2013, the army and police dispersed protests in Cairo by supporters of President Mohamed Morsi, who was deposed that July and in 2019 collapsed in a courtroom and died.

Altikriti explained: “These men were found guilty and sentenced for the case titled ‘Rab’a dispersal’ in which state security forces killed over 1,000 innocent peaceful protestors, including the children and relatives of those convicted.”

He added: “The fact that four out of the 12 convicted men were actually in prison when the Rab’a dispersal actually happened and for which they were found guilty proves this to be no more than a sham trial.”

Altikriti underlined that “the international community, most of whom rejects the death penalty on a point of principle, has a moral duty to stand up and denounce these sentences.”

“These ruthless death sentences, which were handed down in 2018 after a grossly unfair mass trial, are a stain on the reputation of Egypt’s highest appeals court and cast a dark shadow over the country’s entire justice system,” Luther said on the day of the court ruling.

So far this year Egypt has executed at least 51 men and women, according to Luther, making the country the “world’s third-most frequent executioner.”

Luther also said: “The death penalty is the ultimate cruel, inhuman and degrading punishment. Instead of continuing to escalate their use of the death penalty by upholding death sentences following convictions in grossly unfair mass trials, Egyptian authorities must immediately establish an official moratorium on executions.”

“Those protesters convicted of committing violent crimes should be retried in fair and impartial trials without recourse to the death penalty.”

International human rights groups, however, say the number of deaths was much higher.

“The country has been locked in a political crisis, with grave abuses by security forces now making daily news,” Magdi added in a statement.

“Carrying out more executions will undermine prospects for any future transitional justice efforts to heal the country.”

US general says civil war 'likely' in Afghanistan after pullout