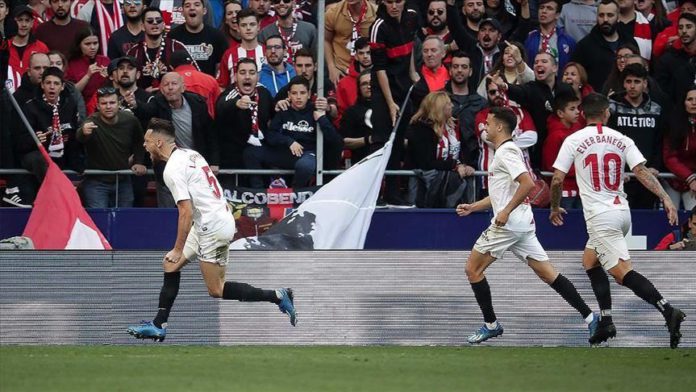 Both sides have the form and the pedigree to be confident of winning what will be their first-ever encounter in European football.

For Inter, this is the first Europa League final since 1998, when they claimed the title – known then as the UEFA Cup – by beating Lazio 3-0 in an all-Italian final in Paris.

The UEFA Cup was rebranded as the UEFA Europa League in the 2009-10 season, the year of Inter’s last European triumph – the Champions League title under Portuguese manager Jose Mourinho.

Inter’s main threat for the final will be Belgian star Romelu Lukaku, who has scored six and assisted two goals in five Europa League matches.

The Italian side’s other forward Lautaro Martinez is also in top form, scoring twice in the semifinal victory over Ukraine’s Shakhtar Donetsk.

Spanish forward Munir El Haddadi has led from the front in Sevilla’s charge to the final, netting five goals and assisting two more on the way.

The 2020 final will kick off at 1900GMT in the western German city of Cologne with all the measures, including an empty stadium, necessitated by the coronavirus pandemic.

The winner will go on to meet this year’s Champions League holders in the UEFA Super Cup on Sept. 24.

Muslim scholars call for ‘day of support’ for Al-Aqsa

Israel heads to 3rd round of polls in less than a...