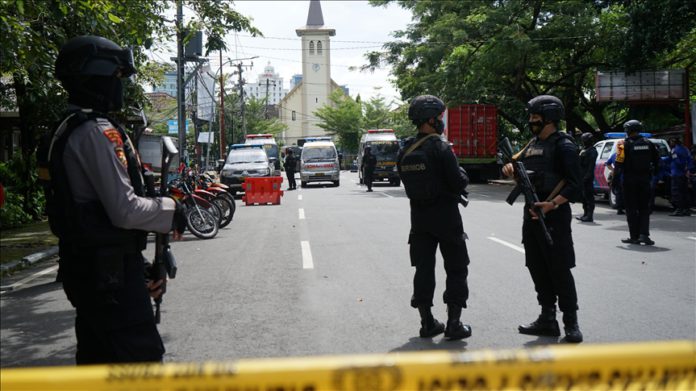 The suicide bomb exploded at the Sacred Heart of Jesus Cathedral at 10.28 a.m. local time (0328GMT), during a Catholic worship service, said head of the Public Relations of the South Sulawesi Regional Police Endra Zulpan.

Police confirmed that the explosion at the Makassar Cathedral Church was a suicide bombing after investigating the remains of a dead.

According to head of the Public Relations Division of the National Police Inspector General Argo Yuwono, two people, allegedly the bombers, arrived by motorbike and tried to get into the church.

The blast happened by the church’s side entrance.

There were body parts at the scene but they are yet to be identified.

At least 14 victims suffered serious injuries and were taken to hospitals immediately.

Urging the public to remain calm and not to rely on information that is not based on official sources, Mohammad Ramdhan Pomanto, the mayor of the Makassar city, said security in the region has been increased and an investigation is underway.

There has been no claim of responsibility for the attack so far.