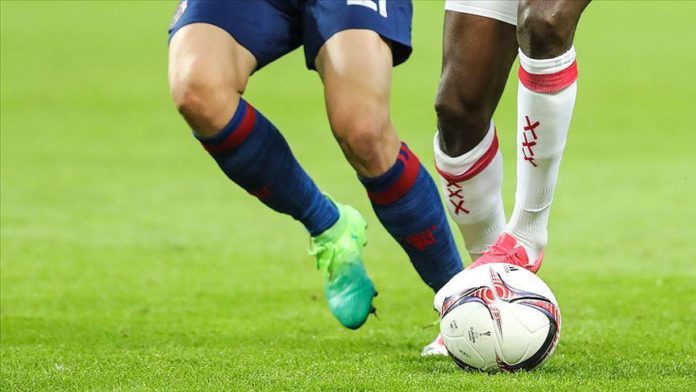 Several football players in the top-tier Turkish Super Lig left the country over the course of the novel coronavirus outbreak and subsequent suspension of the sport, pushed by various reasons including unpaid salaries or the fear of the virus.

Super Lig consists of a 34-match regular season but the league was suspended on March 19 to stem the spread of the coronavirus.

Matches will resume on June 12 after the approval of the Turkish Football Federation (TFF).

The 2019/20 season is set to be concluded this summer after the remaining eight matches are played.

Karius goes back to Liverpool

“Unfortunately, they [Besiktas board] haven’t tried to solve this situational problem and even refused my suggestion to help by taking a pay cut,” he said on Instagram.

Liverpool’s Karius joined the Black Eagles in August 2018 and the 26-year-old has since had appeared 67 times for Besiktas.

After terminating his deal, Karius returned to the Reds.

He had complained to FIFA over unpaid wages in April.

Disagreeing with the Super Lig resumption plans, ex-Trabzonspor midfielder John Obi Mikel opted not to stay in Turkey for the end of the season.

Mikel, 33, slammed the league’s resumption as the virus amid the continued effects of the virus.

“Everyone should be home with their families and loved ones in this critical time. The season should be canceled as the world is facing such turbulent times,” Mikel said on Instagram.

A former Chelsea veteran, Mikel had 27 appearances for Trabzonspor.

The Nigerian midfielder is still a free agent.

A former Zenit winger from Slovakia, Robert Mak returned home due to trouble concentrating on the game.

Mak made his way to Turkey in the 2020 mid-season transfer window from Russian club Zenit.

But, he only played four games for Konyaspor.

Konyaspor said in a statement that the midfielder was worried about his family because of the coronavirus pandemic and wanted to be with them during the crisis.

The 29-year-old had left the Turkish team as of March 28.

French-born Moroccan player Yacine Bammou did not prolong his deal with Aytemiz Alanyaspor, returning instead to French second division side Caen — where he had previously played.

The Moroccan forward netted six goals and one assist in 25 appearances.

Cetin accused Stackhowiak of inappropriately demanding his annual salary be doubled from €300,000 for the next season for him to stay in the club.

The Super Lig club released him over the ultimatum.

Stachowiak had played 58 games for Denizlispor.

Genclerbirligi signed Bjarsmyr, 34, on a free transfer earlier this season from another Super Lig side Demir Grup Sivasspor.

The Swedish defender had 10 appearances for Genclerbirligi but the player requested to leave last month.

“Had a meeting at the request of our football player Mattias Bjarsmyr, we decided to terminate the contract by mutual agreement with the football player,” Genclerbirligi from the capital Ankara said in a statement.

No other details on his departure were imparted by either the club or player, who has since returned to Sweden, according to local news reports.