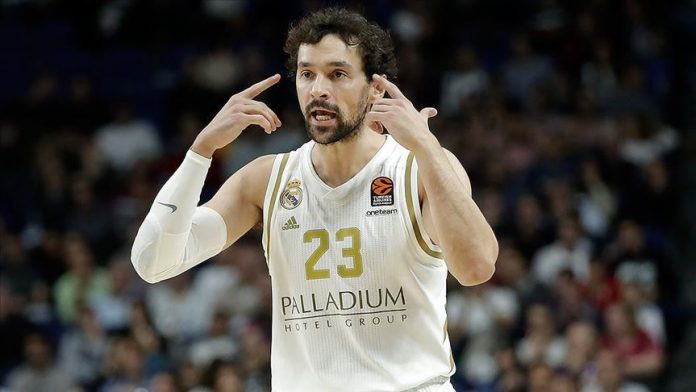 Real Madrid’s basketball star Sergio Llull has made it to the 2010-2020 Turkish Airlines EuroLeague All-Decade team on Tuesday.

His current team is Spain’s Real Madrid which also compete in the Turkish Airlines EuroLeague this season.

“A physical guard with unlimited shooting range and a rare ability to consistently make seemingly impossible shots, Llull won several individual and team awards throughout the decade,” the EuroLeague said.

“He became a starter in the first full season of the decade and from that point Sergio Llull has led Real Madrid to a new golden era. With the dynamic combo-guard as its talisman, Real reached seven Final Fours, four championship games and won the EuroLeague twice over the last decade,” it added.