TurkishPress
Home News Serbian president: We know how to keep the peace 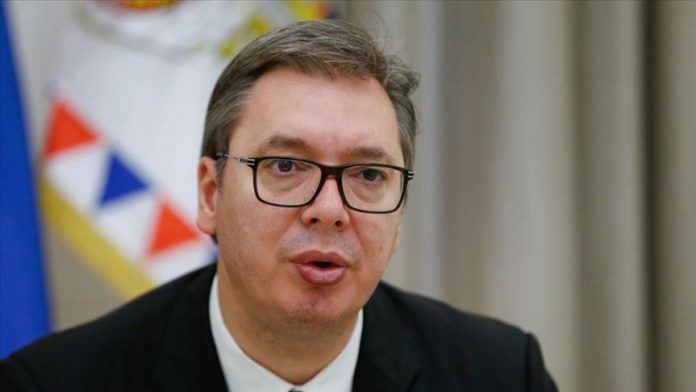 Serbia’s president on Thursday attested that his government would be able to maintain peace and stability in the country amid a second day of violent protests.

In a video message recorded while en route to Paris, Aleksandar Vucic likened Wednesday’s riots in the northern city of Novi Sad to an incursion of fascist units into the city in 1941. Vucic urged people in Novi Sad and the rest of the country to avoid confronting the “thugs.”

“We, as the state, will do that. We will work and we will win. We will preserve peace for our country. Surrender was never an option,” Vucic said.

“I am now flying to Paris to fight for our Serbia. See you soon. Serbia is winning,” he added.

Vucic is scheduled to meet with French President Emmanuel Macron on Thursday.

Thousands of protesters took to the streets of Serbia’s capital on Tuesday after the government moved to impose new measures to curb rising cases of the novel coronavirus.

The protests, which began Tuesday evening in Belgrade, spread to other major cities including Nis, Kragujevac and Novi Sad.

Protesters clashed with police while attempting to enter the National Assembly as security forces cordoned off the building’s main entrance, with opposition leaders also among those who gathered at the site.

Meanwhile, stone-pelting protesters managed to break down the doors of the radio and television building in Novi Sad.

Many police officers were injured during the protests.

Serbia has confirmed 17,076 cases and 341 deaths from COVID-19, while the number of recoveries totals 13,562, according to data from US-based Johns Hopkins University.