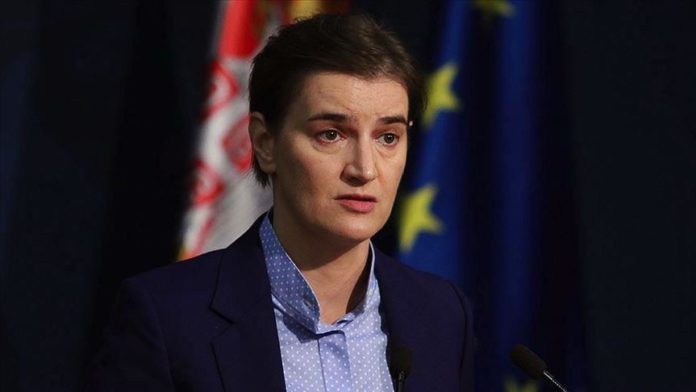 President Aleksandar Vucic had tasked Brnabic to form a new government after his Serbian Progressive Party (SNS) won 60% of the vote in June 21 general and local elections amid an opposition boycott.

Earlier this week, Vucic announced that both the SNS and Socialist Party of Serbia (SPS) would be part of the ruling coalition.

“The government will have new energy, [we are] more than ready to face all the challenges in 2021,” Brnabic said.

After the session of the Presidency of the SNS in Belgrade, Brnabic announced the names of his Cabinet members and their portfolios.

The names of the vice presidents are still being discussed.

Also, names are being discussed to appoint two ministers without portfolios — one each from SPS and SNS.

Since Nikola Selakovic is heading the Ministry of Foreign Affairs, the new Secretary-General of the Office of the President of the Republic will be Suzana Paunovic.

The new government will have 21 departments, while 11 of the Cabinet members are women.

Brnabic, who has served as prime minister since 2017, is Serbia’s first female premier.