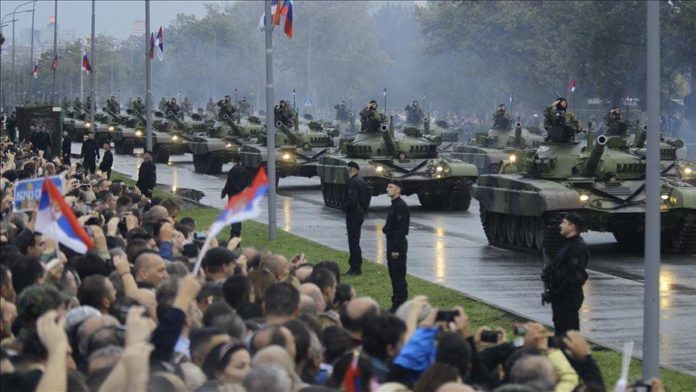 The Serbian Armed Forces have become a symbol of interfaith tolerance in the Western Balkans with Christian and Muslim soldiers equally observing their faiths.

A mosque and church built seven years ago in the Rifat Burdzovic – Trso barracks in Novi Pazar allows Muslims to pray and Orthodox soldiers to worship in a chapel.

Muslim soldier Elvir Smailagic told Anadolu Agency that differences between soldiers working in the same barracks are a great wealth.

“By building these places of worship, Serbia has shown that it does not discriminate between its citizens,” said Smailagic, who emphasized that every soldier who enters the mosque to worship exits with spiritual satiety.

“This makes it easier to perform difficult tasks. The gates of the Serbian army are open to all Muslims in the country,” he said.

Pastor Vladan Vukovic serving as a priest in the barracks said sheltering places of worship for two different religions under one roof shows that people are equal in God’s sight.

Serbia is the largest state of former Yugoslavia with a population of 7 million with mostly Orthodox Christians. They are followed by Catholics with Muslims rounding out the top three religious groups.

Novi Pazar is a beautiful sample of inter-religious harmony with a population of 82% Muslim.