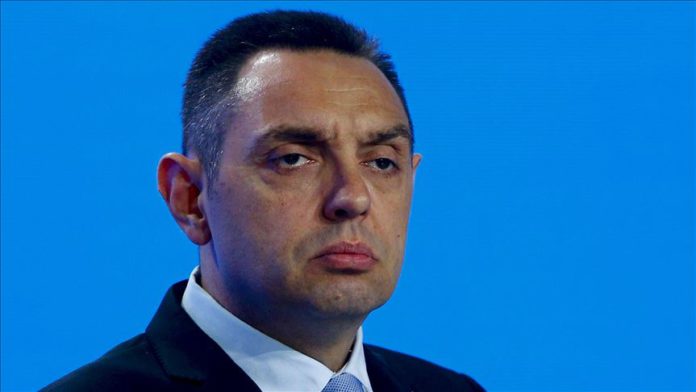 Serbia on Wednesday suspended participation in all military exercises with its foreign partners for six months over “undeserved pressure” from the EU.

“We will not participate in any exercises or military activities with NATO, the CSTO, Russia, the United States, China, or the EU. Neither with the east nor with the west,” Defense Minister Aleksandar Vulin said in a statement.

Serbia’s participation in peacekeeping operations will also be reconsidered and, if necessary, suspended, he added.

Vulin said Serbia, which applied for an EU membership in 2009, is under “terrible and undeserved pressure” from the 27-member bloc.

“We are asked to abandon the planned military exercises with Belarus at the cost of giving up our European future…,” he said.

“In order to preserve the position of military neutrality and avoid, or at least reduce, the consequences of intensified attacks on the country, our politics, and economy, the Government has decided to suspend all military exercises and all activities with all partners in the next six months, regardless.”

The joint Russian-Serbian-Belarusian Slavic Brotherhood 2020 military exercises are scheduled from Sept. 10-15 in Belarus.

The demonstrators want Lukashenko to resign after his disputed re-election last month.

While a number of opposition figures have fled the country, NATO and the EU have urged the president to hold a dialogue and respect the human rights of the citizens.

In an interview with Russia Today, Lukashenko said the country could hold a new presidential poll in the coming years.